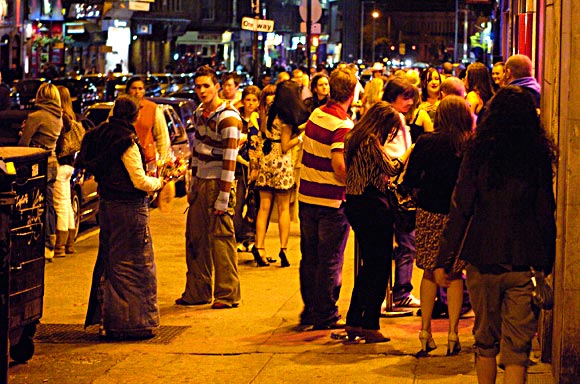 HUNDREDS of licensed premises in Glasgow will be visited by police in the coming weeks as part of a crackdown on compliance with alcohol and licensing legislation.

Strathclyde Police is running a four-week education programme during which it aims to remind operators of their responsibilities under the law, including the Alcohol Act, which comes on stream on Saturday (October 1).
A squad of 12 officers will then visit 690 “hotspots” in and around Glasgow to check compliance during the so-called enforcement phase.
A spokeswoman for Strathclyde Police confirmed the initiative, saying police would be working with liaison officers from Glasgow City Council to check compliance with legislation, including ‘challenge 25’, which is part of the Alcohol Act.
“During the enforcement there will be no warnings,” she told SLTN.
“If a premises is operating outwith the law it will be reported to the licensing board.”
The compliance crackdown comes after Strathclyde Police and Glasgow City Council warned operators to expect a “marked increase” in on-trade test purchase visits. Other measures announced as part of the Joint Action Group on Alcohol included allowing a number of premises to operate a ‘chill out hour’ in a bid to ease the number of people leaving the city centre at the same time on Friday and Saturday nights.