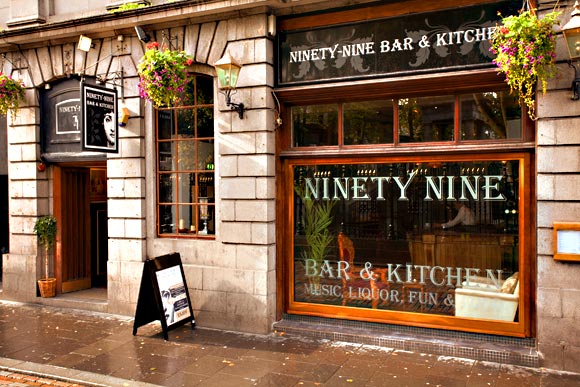 SCOTTISH & Newcastle Pub Company has adopted a new approach to pub signage which it reckons will improve the appeal of its outlets and cut costs.

The pubco has taken what it describes as a “more scientific approach” to external pub signs following analysis of the exteriors of its leasehold pubs. Its signage survey considered a number of factors, including where customers look when they approach a venue, what impression external signage gives about an outlet’s interior and offer, and how much signage a pub should have.
Based on the results, S&NPC has produced a guide to best practice in pub signage for designers and signage companies explaining the subliminal messages pub signs can give out.
It also comes with a template range of “proven signage solutions” for different types of outlet covering everything from the style of sign and colours to the lettering and wording used.
The pubco’s guidance includes a list of phrases it reckons should be avoided on external signs, including ‘good food’, which it described as unnecessary; ‘bar snacks’, which it reckons is unclear; and ‘smoking solution’, which S&NPC said is “not a selling point and therefore should not be included in the signage”; the pubco also warns against ‘over signing’.
Chris Moore, the pubco’s trading director, said signage can have a major impact on pub businesses.
“A pub’s external appearance is vital, it is the shop window of the pub,” he said.
“Based on that, passing potential customers make a split second decision on everything inside, from the cleanliness of the toilets to the type of food and the quality of the beer. Signage plays a big part in the consumer’s perception and it has to be got right.
“In the past, pub companies have been led by signage companies and designers when it comes to signage and the focus has tended to be on the design, layout and text of signs; the specific complexities of pub signage and the subliminal messages they give off have been overlooked.
“Our guides and templates have been warmly welcomed by all our contractors.
“These, combined with central procurement of signage, will deliver a more targeted approach to signage for our lessees which costs them substantially less and works harder for them.”

Image: The signage at Ninety Nine Bar & Kitchen in Aberdeen is intended to convey its fun & stylish offer.