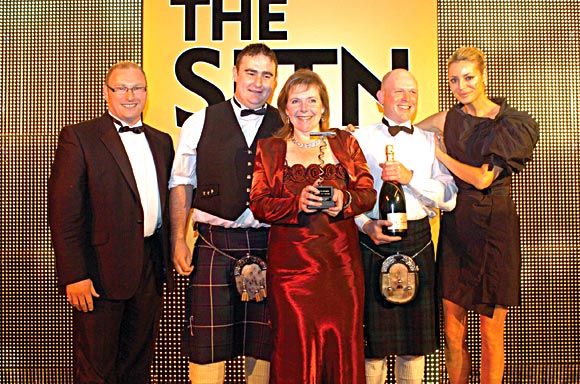 JUDGING the SLTN-McEwan’s Community Pub of the Year Award is not for the faint-hearted.

Nearly a year since The Puffer, a tea room, bar and restaurant on the tiny island of Easdale, Argyll, seized the 2010 award, the judges were back on the road.
And this summer the process was no less gruelling: not only was the Borders back on the agenda, a trip to Mull and various other points in between were on the schedule.
For those who suffer from travel sickness, it’s not an ideal way to spend a couple of days.
But for Kenny Taylor of Jygsaw Brands, the sales and marketing firm behind the McEwan’s brand, the long hours behind the wheel gives the award the credibility it needs among prospective entrants.
“Over the last two years we’ve covered every point of Scotland, including some of the islands, which has been great,” he told SLTN. “It lets people know that it is worth entering – no one can accuse use of having a Central Belt bias.”
The owner of The Puffer, Keren Cafferty, would certainly endorse that.
Last year’s winner is based on an island – 16 miles south of Oban – boasting a population of fewer than 50 permanent residents, giving new meaning to the notion of popping down the pub for a swift half.
“The role that particular pub plays in that community is just amazing,” Taylor said.
“It’s got a really enthusiastic licensee who goes above and beyond [the call of duty] on everything from is website to its involvement with the community hall next door.
“And it was an outlet which didn’t have a McEwan’s variant [pouring in it]. We put it in as a kind of reward for winning and it’s still pouring with McEwan’s to this day but it’s not all about that – it’s the role they play in the community that’s key.”
Taylor, who has been part of the judging panel since McEwan’s first sponsored the community award two years ago, was again impressed with the quality of entries this year.
“If you look into most community pubs they do darts, they do pool … the basics,” he said. “This year we tried to focus on the outlets that are really outstanding, that go that extra mile to link themselves to their customer base and these do just that,” he said. “It’s [about] moving with the times as well: for example, do they use Facebook?
“It’s been very encouraging to see that a lot of these people are starting to look at new ways of contacting their customers.
“We’ve seen some cracking outlets and it’s shame we’ve had to put it to a final three.
“It’s certainly not an easy process – this year we judged six really strong outlets.”
For a brand like McEwan’s, which throughout its 150-year history has maintained strong links to traditional community bars and clubs, the association with the award is a natural fit.
“It has always had a strong association with local communities and we always try to play on that,” Taylor explained.
“With all the marketing, support and promotional campaigns [we have invested] in over the last couple of years we like to think we have tried to reach our target audience.
“If you look back at the singing cavalier character and the ‘best buy in beer’ theme, they have stood the test of time. With the latest ‘aye!’ campaign we’ve tried to go back to that.”
At least one more community pub will be saying aye to McEwan’s on November 3 – the day the results of the 2011 SLTN Awards are revealed at the Hilton Hotel in Glasgow. 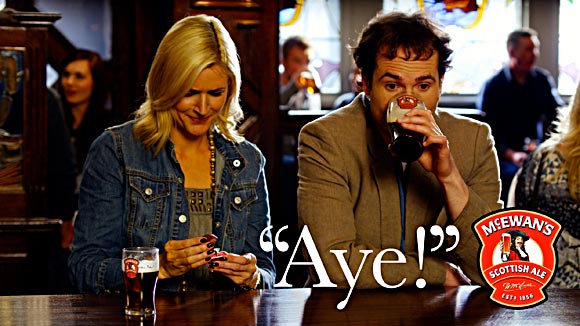