FOR something that is fairly common, the understanding of faulty wine in the trade is a bit sketchy.

Do your staff know the difference between corked and oxidised wine – two of the most common faults?
I’d say that the vast majority of the great British public don’t either but in, my opinion, they don’t have to!
Knowing what’s good about wine is obviously the best way to sell it, but understanding what the faults are when they are presented to you, is, for me, a real step up in service quality.
The embracing of the screwcap has seen faults which are cork-related reduced to zero, but this innovation hasn’t eliminated all faults and it certainly hasn’t changed the terminology.
If a screwcap wine is ‘off’, most bar staff would say it’s “corked” when patently it isn’t.
It is a bit of a mantra for me, but the route to understanding faults is exactly the same as the route to building your knowledge on what’s good about wine – taste it!
Tasting, and I mean both smell and taste here, is the only way you’ll understand what’s really going on in the glass – the good, the bad and the ugly!
Sure, you can tell a white wine is oxidised by observing that it has gone brown, but this is the last stage of this fault – if you miss it on the nose, you’ll definitely get it on the palate.
So what are the main day-to-day faults we experience in the trade?
The one that inadvertently gives its name to all problems, ‘cork taint’ or ‘corked’ is caused by moulds that grow on musty barrels or corks. The typical smell is of earthy mushrooms or compost.
‘Oxidised’ wine, another very common fault, is caused by low sulphur dioxide during winemaking or poor storage; it smells like Sherry or an apple that’s gone brown.
My final fault on this whistle-stop tour of wine stinkers is ‘volatile acidity’.
When a customer says the wine smells like vinegar or nail polish remover, this is the fault and it’s essentially caused by poor winery hygiene.
As with most aromas in wine, different people have different sensitivities; tolerant of one but sensitive towards another is the basis of what makes us like different things to our friends – even wine faults can split opinion.
Brettanomyces (Brett for short) is Greek for ‘British fungus’ and is a fault that, in the extreme, can make a wine smell like a barnyard, a Band-aid, or even cheesy.
Red wines tend to have more of a problem with Brett than whites, but to some people, low levels of Brett spoilage can add complexity to their wine – one man’s meat is another man’s poison, as they say.

The Pokolbin Reds from the Hunter Valley in New South Wales, Australia, was a team set up in 2006 by a bunch of winemakers who love rugby and wine. Their initial wine collaboration was called the First XV Shiraz. 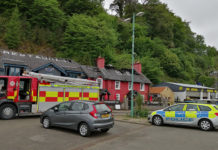 Personal licence renewal applications must be lodged by Friday

Alcohol levy is a flawed plan