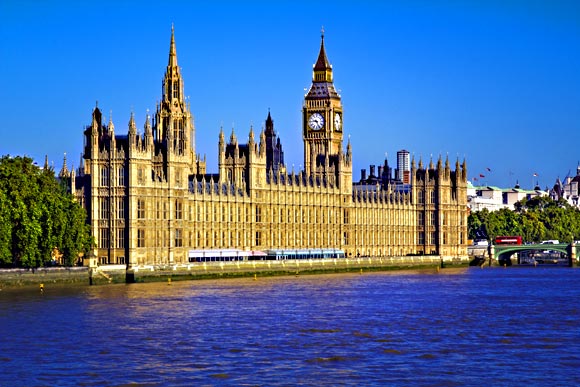 PUBCOS were last week facing the prospect of government intervention after MPs claimed attempts to improve the relationship between landlords and tenants through self-regulation had failed.

In the fourth select committee report on pubcos in seven years, the Business, Innovation and Skills Committee said the pubcos had failed to “deliver meaningful reform” – despite continual scrutiny from MPs.
The committee’s chair, Adrian Bailey MP, said the industry was warned in its report last year that it had 18 months to improve the balance of power between pubcos and leaseholders through an updated voluntary code of practice.
But despite it being the third such warning since the select committee investigations began, Bailey declared there was insufficient evidence the code was working.
The committee is now calling on the government to consult on “how to put the code on a statutory footing”.
“The message now can only be: three strikes and you’re out,” Bailey said.
“We are firmly of the view that statutory regulation should only be used as a last resort, but we can only conclude that industry self-regulation has failed.
“We fully realise the implications of our recommendations and we have not come to this decision lightly. But we see no other alternative for an industry which has failed to put its own house in order.”
Unsurprisingly, the committee’s conclusions were flatly rejected by the industry.
The British Beer & Pub Association, which was dismissed by MPs as being “impotent in enforcing its own timetable of reform”, said it was “deeply disappointed with this report”.
“We believe we have demonstrated to the select committee that significant progress has been made by BBPA member companies which operate tied tenancies and leases, and we reject the committee’s calls for a costly statutory code,” said chief executive Brigid Simmonds.
“This would pile more costs on to pubs and lead to more closures – something we hope ministers will consider carefully when they come to look at these recommendations.
“Furthermore, we have continued to develop proposals to strengthen self-regulation, building on what we have already done as an industry; the pub company codes of practice, the low cost arbitration service for tenants and lessees and the business advice already offered by the BII.”
The remit of the committee’s long-running investigation has been broad, and has covered such issues as the fairness of the beer tie, the use of beer monitoring equipment, rent assessment and the AWP (amusement with prizes) machine tie, as well as compliance with the code of practice underpinning the relationship between pubco and tenant.
On the beer tie, traditionally a controversial topic given the higher beer prices tied pubs pay compared to independents, the committee questioned the progress made by the pubcos on the recommendation made by its predecessor that “over a period of time all existing lessess and new lessees should be offered a free of tie lease with an open market rent review based on RICS guidance”.
“This recommendation was endorsed by the then g
overnment,” the BIS committee said in its report.
“Despite this clear instruction, the BBPA/IPC survey has shown that only 16% of new leases and only 9% of current lessees had been offered a free of tie lease.
“Furthermore, it is open to question whether the free of tie agreements which have been offered are ‘genuine’ free of tie and accompanied by a full open market rent review.
“Again, we conclude that the industry has shown itself unable or unwilling to deliver meaningful reform.”
The BBPA, though, continued to defend the tie, a system it has argued is operated to mutually beneficial effect by family brewers down south.
“Tied pubs continue to offer a low cost means of entry for self-employed pub entrepreneurs,” Simmonds said.
“The new codes, together with the pre-entry training now required by our members, ensures that would-be licensees have a clear understanding of what it takes to run a pub.
“BBPA members have invested some £265 million into supporting the leased and tenanted sector over the last year at a time of unprecedented economic pressure. It is a combination of the smoking ban, economic recession and the 35 per cent increase in beer taxation which the industry has endured since March 2008 which are the real reasons why pubs are closing.”
There was criticism by the select committee, too, of the means of enforcing the voluntary code of practice – a task handed to the BII.
“While the BII may be seen to have done an adequate job in accrediting the new codes of practice, it is clear to us that its enforcement role is fundamentally undermined by a lack of meaningful sanctions for non-compliance,” the report concluded.
“Given the high number of breaches allowed before sanctions would be applied we believe that ‘naming and shaming’ and subsequent withdrawal of BII accreditation is insufficient.”
The committee said the government had responded to its report by setting out a timetable for consultation on a statutory code and committing to start the process “as a matter of urgency”.