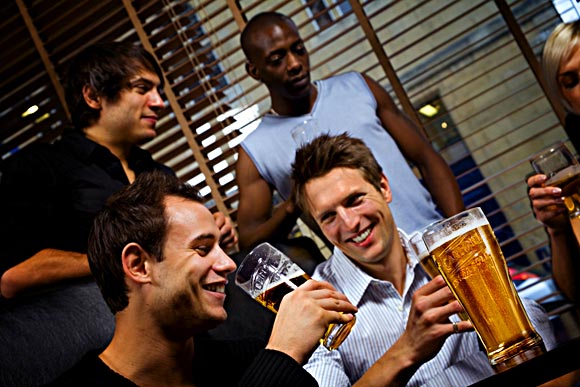 MOLSON Coors last week insisted that the future can still be bright for Scottish pubs – despite the worrying findings of its own research.

A survey commissioned by the Carling owner revealed that one in five Scottish licensees has considered quitting the trade in the last six months.
Operators of rural pubs were most likely to have thought about shutting up shop, with a third having considered selling or closing their business, according to the research.
More than half of the 201 publicans interviewed reckoned prospects for the industry were poor or very poor. Recent business losses were attributed to rising costs (52%), the ongoing impact of the smoking ban (31%) and competition from supermarkets, which was cited by 28% of the publicans polled.
However, the research also revealed that Scottish consumers are going out less often.
Of the 1000 surveyed, almost half (46%) said they go the pub less frequently than they did in 2009, with the drop in pub visits most pronounced among lower income groups (down 41%) and students (54%).
While lower income groups said a squeeze on discretionary spending was to blame for them cutting the number of visits to their local, others said they had reduced their visits to the pub for social reasons.
A third of 18-43 year olds said they didn’t go to the pub because their friends didn’t and 31% of 35-44 year olds cited family commitments.
The research, conducted for the brewer by CR Consulting, concluded that the Scottish pub market is “in a state of flux”.
Alcohol sales in the on-trade dropped 14% in the five years to 2009, it said, and beer sales fell 16%. Between 2005 and 2010, 12% of Scottish pubs closed as a result of falling sales, the report added.
Despite the gloomy picture painted by the research, Paul Whitehead, managing director of Molson Coors in Scotland, said the challenges facing the trade in Scotland are not insurmountable. To help operators take advantage of the opportunities it reckons the trade still offers, the firm has intensified its efforts north of the border.
A new management team led by Whitehead, with Alisdair Hamilton as on-trade sales director, has been put in place.
Molson Coors has invested a claimed £7.3m rebranding Carling, backed by new TV ads, and it has launched new premium lager Carling Chrome. Other activity is seeing it roll out Animee – a three-strong range of beers for female drinkers – and up the ante on beer and food matching through its world beer portfolio, which includes Blue Moon, Corona, Cobra and Doom Bar.
Whitehead said the investments, part of Molson Coors’ ambitious plans to achieve 20% market share in Scotland by 2020, are designed to stimulate the beer category and help licensees in what he described as a tough market.
“Our report not only found challenges but huge opportunities for Scottish pubs,” he said.
“In a declining industry, new beer styles, new occasions and potential new beer drinkers who already consume alcohol but who currently enjoy beer infrequently or not at all are all opportunities. To help publicans who are feeling the pinch, we need to provide the help, advice and products that will allow them to attract new customers and keep existing ones coming back.
“We believe now is the time to champion beer in Scotland and we’re happy to take the lead in revitalising the category by investing in new products, more people and better support for our customers. With investment and a fresh approach to the Scottish beer market, we are ready to pounce on a consumer upturn.”