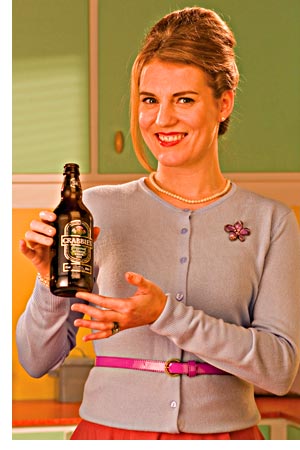 ITS sales have fallen steadily over the past five years, but the light has yet to go out on the ready-to-drink category.

Indeed, according to one market analyst, the sector is poised to return to growth.
New commentary from Mintel published last week suggested the RTD market
has shrunk by 50% since 2006.
However, it forecasts that recent innovation in the category, including the emergence of alcoholic ginger beer and pre-mixed spirit and mixer cans, will see it return to growth over the next five years.
“RTD and alcoholic mixables (otherwise known as alcopops) have seen a dramatic decline as they fall victim to negative publicity around their perceived associations with underage drinking,” Mintel reports.
“The sector saw a decline of almost 50% between 2006 and 2010.
“However, Mintel forecasts prospects for this sector are set to improve as innovation in the RTD sector revives fortunes and tax on ABV encourages manufacturers to invest in the low ABV RTD sector.”
More generally, Mintel said that while the overall value of the alcoholic drinks market slid between 2006 and 2010, it forecasts growth of 6.1% will be achieved between now and 2016.
However, it warned the industry’s two major markets, beer and wine, will see a decline in the next five years.
Mintel reckons beer will be undermined by its “over-reliance on the declining pub sector”. And it warns wine will suffer due to high taxes and its reliance on imports, factors likely to drive prices up.