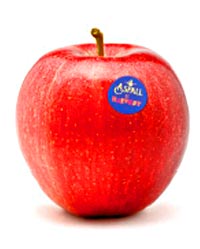 The event, which was in its third year, took place at two locations, Jimmy’s Farm in Suffolk (Harvest at Jimmy’s) and Kingham in Oxfordshire (Alex James Presents Harvest) between September 9 and 11.
Described as a celebration of food and music for friends and families, Harvest 2011 featured performances by a number of acts, including The Kooks, Eliza Doolittle and KT Tunstall, as well as cookery demonstrations from chefs such as Hugh Fearnley-Whittingstall, Richard Corrigan and Mark Hix.
Aspall served its ciders inside the Aspall Barn Bar – a replica of the original cyder house at its site in Suffolk – at Harvest at Jimmy’s and from the main bar at Alex James Presents Harvest.
“Aspall and Harvest are a perfect combination,” said Aspall’s Geoff Bradman.