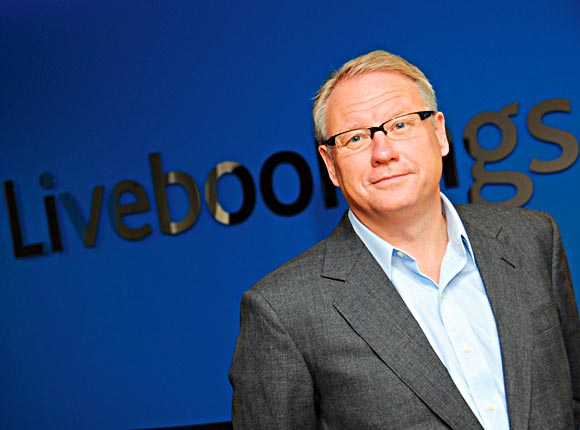 At a time when the pervading deal culture is leading consumers to experience everything from having their feet nibbled to their teeth whitened, Livebookings has launched a platform for restaurant deals only.
The company, which has introduced the Dining Deals service under its Bookatable brand, reckons that by targeting restaurant customers specifically – and not general ‘deal shoppers’– it can allow operators to generate higher spend per head and foster repeat business.
The system is said to offer several advantages over other deal platforms by removing administrative overheads and allowing operators to use the data captured for future marketing activity.
Livebookings has also pledged that restaurants will receive payment for the meals booked using the service within seven days, with the costs only incurred if the customer has dined.
Chief executive Colin Tenwick said the service had been developed in response to the “unpredictable costs, reduced profit margins and significant operational difficulties” other general deal platforms had presented restaurant businesses.
“What we’re hearing is that restaurants are interested in filling their venues at times when they’re not so full and they’re prepared to put some very attractive offers and deals together, but what they don’t want, and this is coming through loud and clear, is restaurants full of people just looking for deals,” he told SLTN.
“They actually want to have a long-term residual benefit from people experiencing their cuisine and restaurant. That’s where we come in.
“We believe that people will be moving towards deal platforms that meet their specific requirements, rather than having their feet done one day, the next day their teeth and maybe going to a restaurant as well.”
At the time of writing, more than 1000 diners had booked through the new system, with restaurants in Scotland and the north of England (as well as Stockholm, Copenhagen, Hanover and Berlin) due to come on board by the end of the year. Livebookings also hopes to roll it out to restaurants in a further 15 cities in 2012.
Tenwick told SLTN restaurants using Dining Deals can circumvent many of the problems he said beset operators when they link up with more general deal providers, including the risk of offers being over-subscribed.
With Dining Deals fully integrated into the Livebookings reservations system, he said, customers can search for slots in ‘real time’ and book online.
“The first thing we looked at was how we could help the logistics by enabling them [restaurants] to have an interface directly with their bookings system, and a lot were already using Livebookings already,” he explained.
“We then realised there was also demand for a much more restaurant-friendly deal platform which enables the restaurant to start building their data – they actually get the data, rather than it being a one-hit wonder.
“In commercial terms, we’re also sharing the cash earlier on with the restaurants, and we’re delivering via Bookatable people who are only booking restaurants or meals: they’re very much a specialised, pre-qualified group of people who are coming to the restaurants.
“Bookatable, our consumer brand, is purely people booking for food.
“By its very nature, the database we have from it is people booking for food, and the repeat business is actually relatively high. On a monthly basis, we have a 25% re-book rate and it’s growing.
“On top of that you’ve got the type of cuisine people are interested in.
“Increasingly, we believe consumers are more interested in both the location and the type of food they’re booking for, so we’re able to target the marketing side with the restaurants much more closely.
“The other side is then the experience they have, and the fact the restaurant has the data of every single diner means they can start marketing to the diners themselves using our Livebookings platform.”
Reservations made through Livebookings are said to lead to an average spend per head of £25, excluding drinks and service; last month the highest spend was £45, representing a 65% discount.