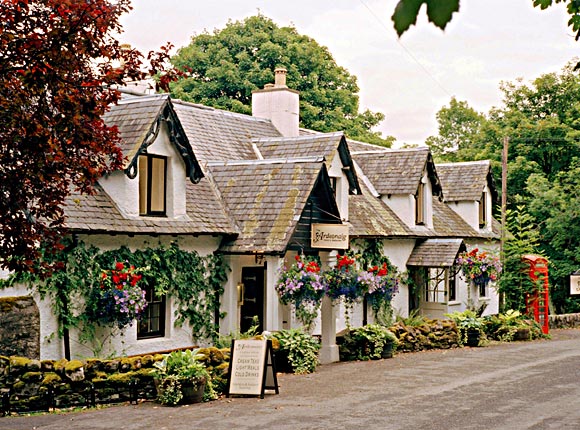 THE company behind the Adamo hotels in Stirling and Bridge of Allan has bought Perthshire hotel and restaurant Ardeonaig, which went into administration last October.

The Loch Tay business, which was previously owned – and extensively refurbished – by South African chef and businessman Pete Gottgens, was relaunched under Adamo Hotel Group’s ownership last Friday (September 9).
Ardeonaig, which the Stirlingshire hotel firm bought for an undisclosed sum, has a contemporary restaurant, 25 individually-designed en suite bedrooms, five thatched shieling lodges and two cottage suites.
Adamo’s management team at Ardeonaig is headed by director of operations Rodney Doig, who said the Perthshire hotel is likely to become the flagship of the firm’s portfolio.
Doig recruited head chef Ross Miller, who has worked with Martin Wishart and the Roux Brothers, to create a menu of modern and classic dishes for Ardeonaig’s restaurant; James Payne, who previously worked at the Three Chimneys on the Isle of Skye, runs hotel operations.
Doig said Ardeonaig has “all the components and potential to become a restaurant and hotel of real distinction”.
“I look forward to developing a fine hotel in an exceptional destination that is admired for its fine food, its superior accommodation and most importantly, for its warmth of character and meticulous hospitality,” he said. “I am also looking forward to creating one of the finest wine lists in the country.”
Adamo Hotel Group director Euan Snowie said the opportunity to buy Ardeonaig was “irresistible”.
“I quite simply loved the property,” he said. “On a commercial basis, the decision was based on the hotel’s fine reputation and we see it as an outstanding opportunity to add another quality hotel to our portfolio.”
Award-winning Ardeonaig was acquired by Pete Gottgens in 2003 and during his tenure the business was transformed. Five thatched lodges and two cottage suites were built in the grounds and a vineyard was planted.
The business went into administration on October 1, 2010.