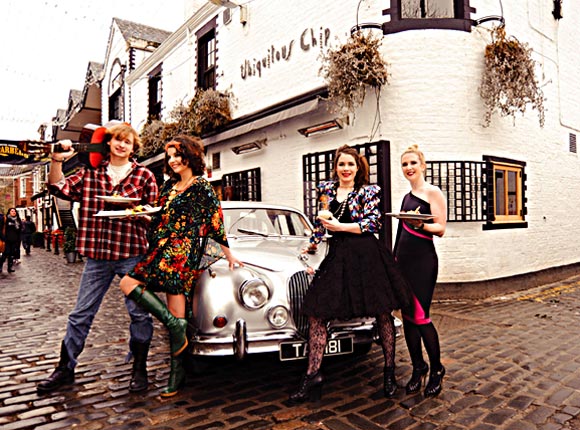 SCOTLAND’S culinary credentials were reinforced earlier this month with the inclusion of a further 22 eateries in the latest edition of the Good Food Guide.

The new entries, which include Osso in Peebles, the Cow Shed Restaurant in Banchory, The Giffnock Ivy on Glasgow’s south side and Castle Terrace in Edinburgh, takes the total number of Scottish venues featured in the Good Food Guide 2011 to 114.
Café Fish on the Isle of Mull was the only Scottish winner in the Good Food Guide 2012’s Editors’ Awards, beating competition from across the UK to the title of Fish Restaurant of the Year.
Consultant editor Elizabeth Carter praised the Tobermory restaurant’s “fantastically fresh” local seafood and “breathtaking” views.
“Café Fish deals in honest, unpretentious cooking and the staff have a knack of making you feel you are the most important person there,” she said.
Other top performers include Restaurant Martin Wishart in Leith, which was ranked 16th in the UK-wide guide’s top 50 restaurants. Andrew Fairlie at Gleneagles, The Kitchin in Leith and The Creel in Orkney also made it into the top 50 at numbers 33, 35 and 45 respectively.
The Ubiquitous Chip in Glasgow’s west end is the longest-serving Scottish restaurant in the guide, having featured in every one of the 40 years it’s been trading.
The Isle of Eriska Hotel on Eriska, Argyll, has notched up 38 years in the guide, Airds Hotel in Port Appin, Argyll, has been listed for 36, and vegetarian restaurant Kalpna in Edinburgh has featured in the guide for three decades.
Carter said the combination of long-serving favourites and new entries shows dining out in Scotland is “really flourishing”.
“An impressive number of new entries in The Good Food Guide 2012 sit alongside some great fine dining experiences and seasoned favourites, all contributing to a thriving culinary scene in the region,” she said.
Elsewhere, Heston Blumenthal’s Berkshire restaurant, The Fat Duck, held on to top spot in the Good Food Guide 2012. L’Enclume in Cartmel, Cumbria, moved up to the number two spot, from fourth position last year; and Restaurant Sat Bains in Nottingham was at number three, up from six last year.