Lynnet Leisure “disappointed and frustrated” at restrictions on Karbon 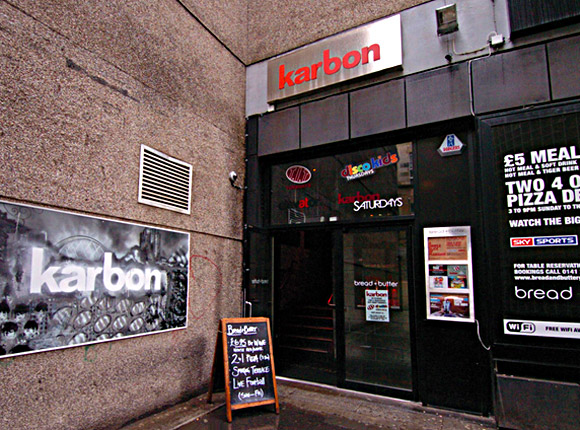 THE operator of a Glasgow nightclub forced to close at midnight for four weeks and banned from admitting under 21s has slammed the sanctions, claiming they send out “mixed messages” to the trade.

Lynnet Leisure hit out at the measures imposed on its Karbon venue at a licence review hearing late last month, which was requested by Strathclyde Police after it recorded 212 incidents at the premises in the year to June 30.
Police said the “volume of incidents and crime reports indicate that the premises is failing to meet the ‘preventing crime and disorder’ and ‘securing public safety’ licensing objectives”.
The board voted on a split of three votes to two to vary the licence so the premises must close at midnight – just one hour after opening – for four weeks and add a condition to the licence so that only over 21s can be admitted.
A spokesman for Lynnet Leisure told SLTN the firm is “extremely disappointed and frustrated” with the decision, which he said could impact on operators’ decisions to report incidents in licensed premises.
“Promises were made to all bars and clubs when the blade culture was at its worst that reporting incidents would not count against individual units,” he said.
“This has now proved not to be the case. We hope the trade does not revert back to the bad old days when incidents were simply not reported.
“The vast majority of incidents were handled correctly and were minor in nature. We are also unaware of any prosecutions or even court cases that have resulted from these reports.”
The spokesman, who suggested Karbon had been blamed for the bulk of serious incidents occurring in the area, said the sanctions had serious economic ramifications.
“How can we expect businesses to spend millions of pounds investing in the Glasgow leisure sector when the board can take a business away in this manner?” he said. “We have to make a decision now regarding the 112 jobs that are directly employed within these premises. I do not feel the board considered or gave sufficient weight to this in its deliberations, especially in the current economic background everyone now faces.”
Board chair Stephen Dornan said at the hearing: “I have no doubt that this will be sorted out, but it is clear that the reins were let go by those at the top of the company. It’s not just a case of selling drink cheaply but also what kind of clientele you are trying to attract to the premises – therein lies the problem.”