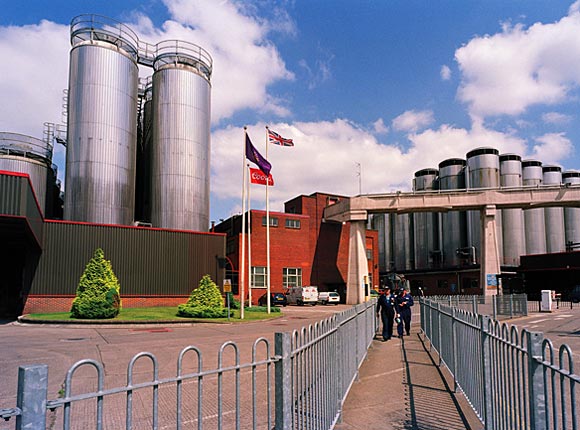 BREWER Molson Coors is to spend £75 million upgrading its brewery in Burton on Trent.

The Carling owner’s pledge to invest an extra £15m a year for the next five years at the Staffordshire site comes after the brewer confirmed plans for a £5m cash injection in the Sharp’s Brewery in Rock, Cornwall, which it acquired in February, over the next two years.
The spend on the Burton brewery, which Coors said is already the largest in Britain, is designed to modernise the site.
As well as achieving greater efficiency, the investment aims to achieve “significant” environmental gains, helping Coors realise its goal to save one billion litres of water by 2012 and reduce energy usage by 20% by 2020.
The introduction of shrink wrap technology will also lead to a 25% reduction in the site’s packaging weight annually, according to Coors.
In Cornwall, Coors aims to spend £5m between now and 2013 upgrading Sharp’s Brewery to meet what’s said to be growing demand for its beers, which include flagship ale Doom Bar.
Plans include an upgrade of the water treatment plant, installation of additional fermentation vessels and the creation of a new packaging area.
Sharp’s head brewer Stuart Howe said the investment will help the brewer sustain its “outstanding” growth.
“Production capacity represents the biggest constraint to exceptional growth and this investment will serve two purposes: to meet immediate demand and support the growth of great beers that continue to capture the attention of drinkers up and down the land,” he said.
Molson Coors UK chief executive Mark Hunter said the investments underline the brewer’s commitment to both sites.
“The beer industry is under great strain with breweries closing down across the country and one fifth of the UK beer market disappearing in just six years,” he said.
“This major investment is recognition that we have to keep on modernising to ensure that we remain competitive in a tough marketplace and how strongly we believe in the future of brewing in Burton on Trent and Sharp’s Brewery.
“The whole team here in the UK has a passion for brewing beer of the highest quality.
“This is an exciting new chapter and this investment will help the Sharp’s brands realise their full potential.”
Lee Finney, supply chain director at Molson Coors UK, said the investments will help the brewer meet its customers’ needs. “The money we are to put into our existing breweries and maltings means that we will continue to be a feature of Burton, Tadcaster, Alton and Rock for a long time to come,” he said.