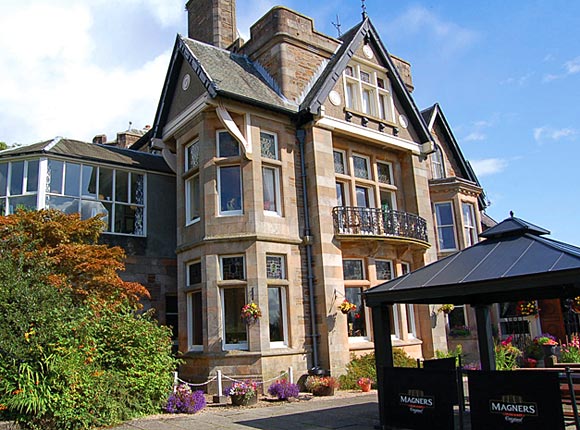 A DUNBARTONSHIRE hotel has been sold to a couple from Aberdeenshire after attracting interest from as far afield as China.

The Kilcreggan Hotel was sold for an undisclosed sum after eliciting enquiries from potential buyers across the globe.
Occupying an elevated position with views of the Holy Loch and Loch Long, the hotel has ten bedrooms, a lounge bar, public bar and conservatory cafe.
The sale of Kilcreggan Hotel by the Scottish Business Centre came as the agent brokered deals for a further two accommodation businesses.
West Loch Hotel in Tarbert has eight bedrooms, a dining conservatory, bar and two-bedroom owner’s accommodation. It was sold for an undisclosed sum. The Scottish Business Centre also handled the sale of the Mosspaul Hotel near Hawick in the Scottish Borders. Described as a “charming” country hotel, the recently refurbished and extended property has five en suite letting rooms, a lounge bar, bistro restaurant and function room.
Meanwhile, the property agent has added the Bridge of Cally Hotel in Perthshire to its books.
On the market with a price tag of offers over £695,000, the hotel has 18 bedrooms, a restaurant, lounge bar and conservatory restaurant; there’s also a one-bedroom cottage included in the sale.
The hotel is said to benefit from its location on the A93 route from Perth to Royal Deeside. “We believe that the sale of the Bridge of Cally Hotel will attract a wide range of prospective buyers from the UK and further afield,” the centre said in a statement.