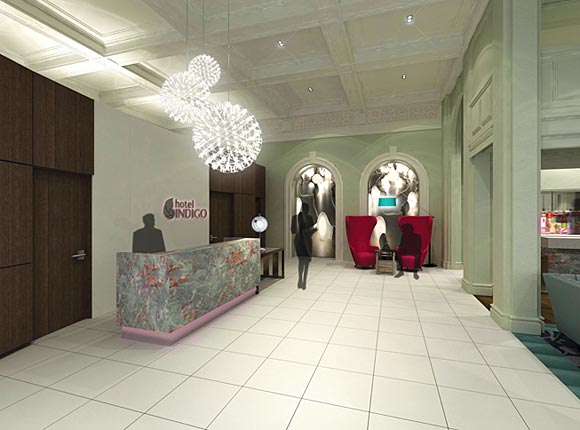 THE failure by the UK government to create the ‘right framework’ for tourism is undermining the sector’s ability to create jobs, attract more visitors and boost revenues.

In a letter to Prime Minister David Cameron, British Hospitality Association chief executive Ufi Ibrahim expressed concern that the government had not acted on its pledge to remove the main barriers to growth in the sector.
The impediments cited range from visa charges and processing technicalities, said to discourage tourists from the emerging economies of India and China from visiting the UK, to air passenger duty, which is said to have a major influence on the cost of travelling to Britain
And Ibrahim claimed ministers had actually made matters worse for the industry by raising VAT from 17.5% to 20% at the start of the year.
“The high rate of VAT on hotel accommodation and attractions creates the most significant barrier to growth and job creation,” writes Ibrahim in a letter circulated to journalists.
“Member states of the EU recognise that tourism is an extremely price-sensitive sector, subject to intense international competition; as a result, all but two others (Denmark and Slovenia) have a reduced rate of VAT on accommodation.
“They recognise that the direct revenues foregone as a result of the reduced rate are compensated by the additional demand that these reduced rates generate and, critically, the creation of new jobs.”
While VAT is charged at 20% in the UK, the BHA pointed out that it had been cut to 5.5% in France for accommodation; it is also lower in Germany (7%) and Italy (10%). “Twelve countries have also introduced a reduced rate for restaurant meals and eighteen have reduced entry rates for attractions,” Ibrahim writes.
“These reduced rates make UK tourism uncompetitive with the rest of Europe – a situation made even worse when VAT was raised to 20% earlier this year.
“According to the World Economic Forum’s latest Travel and Tourism Competitiveness Index, the UK ranks 13th out of 139 countries on price competitiveness. That surely says it all.”
The BHA calculates that with the ‘right framework’, the hospitality sector would be able to add 236,000 jobs to the 2.4 million it currently employs by 2015.
But it said that target won’t be realised without action to reduce VAT, air passenger duty and ease visa restrictions.
So far, however, the Treasury remains to be convinced that it’s prepared to cut the tax. “Reduced VAT rates of the kind suggested would make a significant impact on revenue,” a spokeswoman told SLTN in late July.
“Any claim that a boost to the hospitality industry would outweigh these benefits would need to be looked at very carefully indeed.”

(Image: Despite the constraints facing the sector, more than 1100 hotels have been built and 100,000 rooms opened in the last decade, says the BHA. Hotel Indigo is one of the latest to launch in Glasgow.)