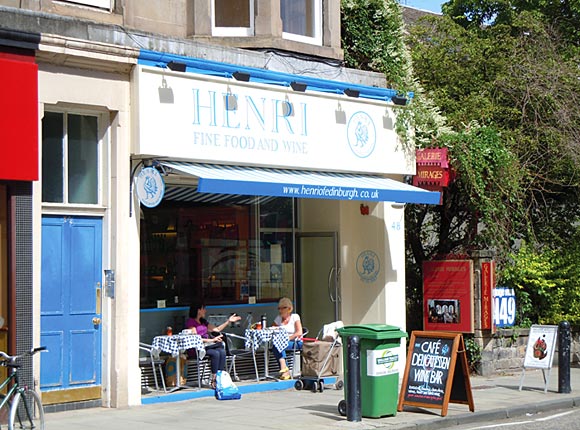 EDINBURGH deli and wine merchant Henri’s has opened its second outlet in the capital after snapping up a former Peckham’s store.

In a deal brokered by The Restaurant Agency, Simon Lloyd acquired the premises in Raeburn Place, Stockbridge, and has relaunched a sister outlet to the original Henri’s in Morningside. Henri’s specialises in French produce and is the sole supplier of cheeses to Restaurant Martin Wishart in Leith and his recently-opened brasserie, The Honours, in North Castle Street.
As well as the deli operation, the new Henri’s outlet has a 20-cover cafe, which is open daily until 8pm.
Commenting on the acquisition in Henri’s online newsletter, Lloyd said the site fits the company’s growth plans for “independent shops within a village atmosphere”.