Is technological intervention in wine-making a good thing? The jury’s still out, as Guy Chatfield explains 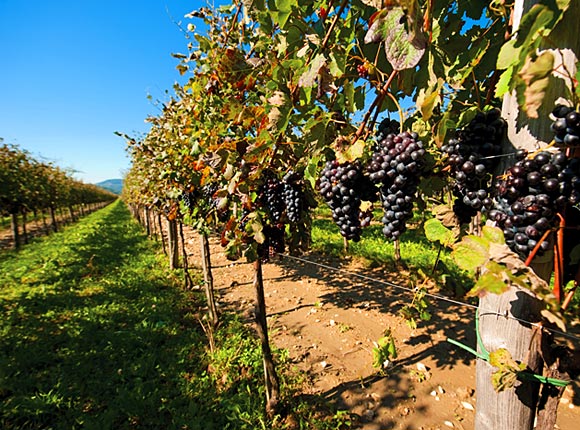 IF I said to you that modern winemaking involved practices such as cryoextraction or reverse osmosis would you be surprised or even confused?

If I also told you modern wines had, in some cases, enzymes, powdered tannins and something called Mega Purple added to them, would this horrify you?
Don’t panic, though, all of the above are completely legal.
In the big bad commercial wine-making world you can’t build reputations and brands on a product that does not come out the same each time – consistency is vital.
That’s why producers rely on certain legal additives to help them.
From artificial yeasts, which ferment at a certain temperature, to colour enhancers, you may be surprised to learn that in the EU there are over 60 legal additives in the production of wine.
As the latest buzz words in the world of wine go, the term ‘natural wine’ can be confusing.
But if you’re thinking the production of wine is, in comparison to many other drinks, pretty natural, I’d agree with you.
You take some grapes, crush the juice out of them, allow yeast to convert the naturally present fruit sugars into alcohol, and badda-bing – wine, as it has been drunk for about eight thousand years, is created.
The ‘natural’ wine movement is a relatively new phenomenon and, in layman’s terms, it’s the extension of organic/biodynamic winemaking.
Natural winemakers believe there should be the absolute minimum intervention in the winemaking process – for example, no fining agents (they take the cloudiness from the liquid) and no sulphur dioxide (preserves flavours and stabilises the wine) should be used.
Regulating synthetic agents and artificial additives in the vineyard and the winery can be seen as a good thing and anecdotal evidence suggests that natural wine has fewer side effects than the more conventional product, but this has not stopped lively debate and the subject is not short of strong feeling.
Those in favour point towards a much healthier and true-to-type product, those against say that with no official definition, natural wine is often used as an excuse for poor wine-making.
Interestingly, David Gleave, the MD of Liberty Wines, has come out in the press saying the term “does a great disservice to thousands of producers who make natural wines but haven’t jumped on the natural bandwagon”.
For me, the proof is very much in the tasting, which I will get the chance to do as the Ubiquitous Chip in Ashton Lane, Glasgow, is holding a tasting that includes natural wines on September 29 (details will be on its website and Facebook page very soon).
I’ll let you know what I think!

The Cork Dork fact:
Due to Napoleonic Law, in Burgundy you cannot pass your vineyard down to one son, it has to be split equally among all heirs.