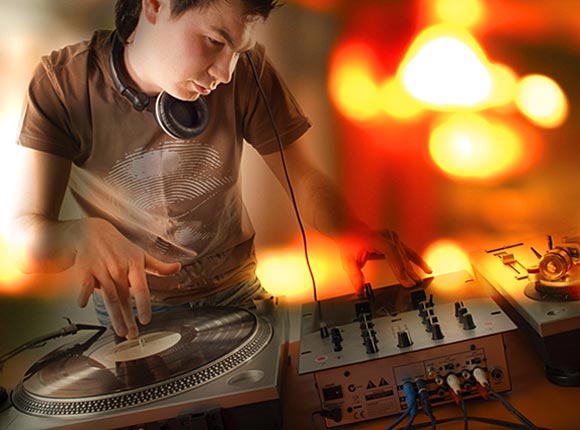 BAR and nightclub operators have been urged to join forces and oppose a proposed hike in music licence fees.

Donald MacLeod, whose company, CPL, operates The Garage, Tunnel and Cathouse nightclubs in Glasgow, has called on the trade to mount a robust defence against the proposals, which could see operators charged significantly more for ‘specially featured entertainment’, in other words DJs in bars, clubs and hotels.
Phonographic Performance Limited (PPL), which grants the trade copyright licences to play music in public on behalf of its record company and performer members, claims its current fees “do not adequately protect or value” the rights it administers.
Under its proposals, which are out to consultation until October 14, the licence fee for a 200-capacity bar putting on a four-hour event would go up from £30.41 to £308.13, while a 1000-capacity venue trading for five hours would see its fee soar from £90.81 to £1750.88.
Branding the proposed increases “a disgrace”, MacLeod said he has contacted fellow operators and the Scottish Government to rally support against PPL’s new tariff.
“It seems like a well researched piece of work so it needs a very robust reply,” he told SLTN.
“We have no intention of paying these increases, but boycotting them at this stage would probably do us more harm than good.
“We need to fight back. We need to fight back sensibly. We need to get some more research done. We need to look at impact studies – what it would mean for employment, what are the real costs, how did they reach these costs?
“We can’t just go in shouting and waving banners.”
A spokeswoman for PPL said: “The provisional tariff proposals detailed in the document have been determined on the basis of substantive, third-party economic research into the value that consumers attribute to music for such events and remain subject to consultation with our licensees at this stage.
“We look forward to a constructive dialogue with all our licensees and trade associations.”