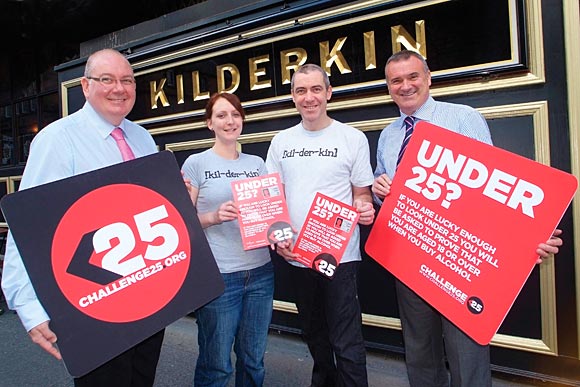 On October 1 it becomes a mandatory condition for the holders of all premises and occasional licences to have an age verification policy in place.
Part of the drive to combat underage sales, the policy must instruct staff to ask for a customer’s identification (in the form of a passport, European photocard driving licence or other prescribed document) if they appear under 25 when attempting to buy alcohol.
With failure to meet this condition a criminal offence under the 2005 licensing Act, the penalties facing operators who don’t comply – and can’t prove staff have been fully trained in it – are high.
The Scottish Government has been criticised for failing to communicate the gravity of the change to the trade.
But the SBPA has stepped in by investing “tens of thousands of pounds” in a challenge 25 awareness campaign.
The group has produced a guidance document, based on legal counsel, offering a step by step guide on how to comply with the new licence condition, which is available on a new, dedicated website (www.challenge25.org.)
The site also allows operators to download promotional materials to help communicate the change to staff and customers.
The campaign, which has been commended by the Scottish Government, has also seen the SBPA distribute 25,000 A4 posters to members and their customers, with 5000 made available to members of the SLTA; 55,000 challenge 25 badges will also be circulated.
SBPA chief Patrick Browne said the next challenge was to make the public aware.
“We’re still concerned customers might not be aware and turn up at pubs in October 1 without their ID, which could lead to confrontation,” he said.
“Our message to customers is to organise your ID now.”
The challenge 25 condition is being ushered in under the Alcohol (Scotland) Act 2010, which also brings further controls on alcohol pricing and promotions in the off-trade.