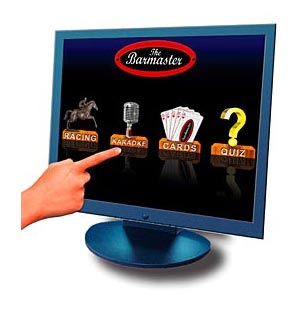 THE decision about which type of entertainment to invest in can be a tough one.

Live music and technology, such as touchscreen systems, both have their advantages, but which is right for your venue?
According to George Watson, sales director of Touchmaster, both avenues have pros and cons.
Live entertainment, such as a band, comedian or other performer, can be expensive, said Watson, but brings advantages like “audience interaction, unsurpassed atmosphere, and that general feel that it’s worth going to the pub tonight”.
On the other hand, live entertainment can fall victim to factors outside the control of the licensee.
“Unforeseen circumstances, like something as basic as the weather, can reek havoc on attendance,” said Watson.
“But the live act still needs paid.”
In-house entertainment such as a touchscreen system, meanwhile, allows the licensee more flexibility, but lacks the same personality as a live act.
These systems are able to provide a number of entertainment services, such as karaoke competitions, bingo, pub quizzes and a standard coin-operated jukebox service, through a central unit.
In the end, the best solution is probably a mixture of both live and in-house entertainment.
“In my experience venues that have a (touchscreen system) in situ have got to that point because prior to that they were typically paying a DJ £120 at least once a week,” said Watson.
“These same venues will almost certainly have occasional live acts, however they have simply switched the emphasis to in-house entertainment, allowing them to massively increase their entertainment, while slashing the cost of what they pay.”