Darin Campbell returns to five-star hotel where his career began 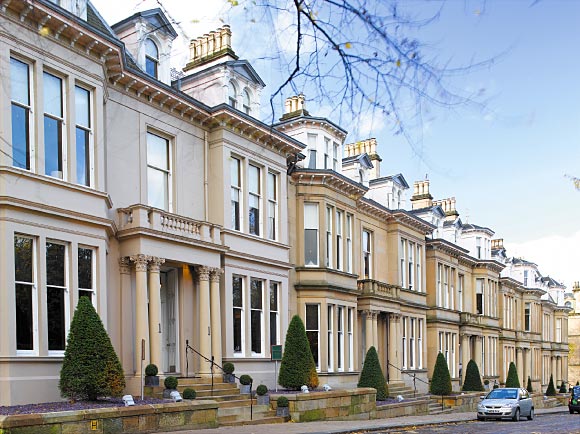 CHEF Darin Campbell has taken up a top culinary role at Glasgow’s One Devonshire Gardens – several years after perfecting his skills there under mentor Andrew Fairlie.

Darin has returned to the five-star Hotel du Vin property to assume the role of executive chef for its award-winning bistro.
And he is already said to have made his mark on the menu, refreshing it with his take on ‘classic yet ambitious food’ and introducing a new ‘classic grill’ selection.
“I am thrilled to be taking over the reins at one of Scotland’s finest restaurants, especially having worked here earlier in my career,” Darin said on the announcement of his appointment.
“I really see One Devonshire Gardens at Hotel du Vin as a Glasgow institution in terms of the hotel’s reputation and its status in Scotland.
“As a local Ayrshire lad, I grew up appreciating homegrown, local and seasonal food and this is absolutely at the heart of my menu.
“My select suppliers provide us with the very best.” 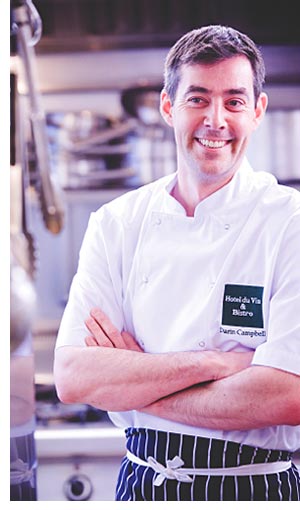 After starting out as a commis chef at the Willowbank Hotel in Largs, where he discovered his passion for food, Darin honed his skills at Edinburgh’s Sheraton Grand, before embarking on his first stint at One Dev.
It was there he first met Fairlie, who took Darin under his wing and later appointed him as head chef at the celebrated two Michelin star Restaurant Andrew Fairlie at Gleneagles. In between One Dev and Gleneagles, where he cooked for world leaders during the G8 summit in 2005, he had spells in London under Gordon Ramsay at Petrus and Eric Cheveu at The Capital.

Robert Cook, chief executive officer of Malmaison and Hotel du Vin Group, said he was thrilled to welcome Darin back.
“Darin’s appointment marks an exciting new chapter for our bistro and the hotel,” he said.
“Darin brings fresh thinking and has created a stunning menu, showcasing the very best in homegrown and local produce. We look forward to welcoming guests, both regular and new diners, to enjoy this fabulous new culinary experience.”