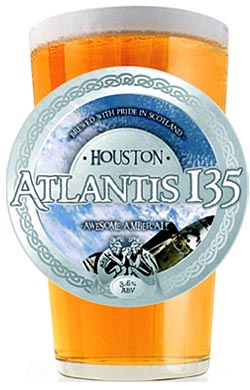 The first beer in the range, introduced last month, was named Atlantis 135, in honour of the final mission of the space shuttle.
Atlantis will be followed this month by Endeavour, and then by Mission Control next month.
Caroline Wengel of Houston Brewing said the firm decided on the space theme while helping her son research a school project.
“I went onto the Nasa website and very quickly it became apparent that they had really cool names for beers,” she said.
The beers are being distributed by Dunbar-based Belhaven.