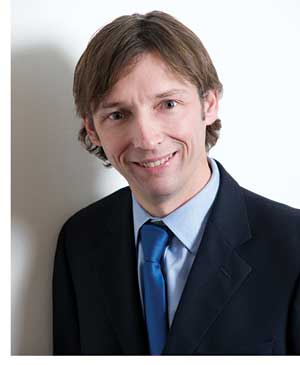 But firm warns drop in administrations could be just a blip

THE number of pubs and hotels going into administration has fallen by a third – but the dip in trade insolvencies could just be temporary.
Accountants Baker Tilly said the 31% drop in licensed trade insolvencies in the UK between April and June, compared to the first three months of this year, runs counter to fears the sector would be “particularly hard hit” by austerity measures and the harsh economic conditions. Year-on-year licensed trade insolvency figures show a 9% decline.
But Mark Wilson, a partner at Baker Tilly, warned that the apparently improving picture for trade businesses may not last.
“This quarter’s insolvency figures for the licensed trade show a decrease nearly at the levels back in Q1 2010 [January to March], which is a remarkable recovery for the sector,” he said.
“However, the concern is that this could be just a blip.
“With expected belt-tightening arising from general economic uncertainties and an apparently weakening jobs market, it is difficult to see how discretionary spend is going to hold up in the short to medium-term.”
Wilson said operators of bars, restaurants and hotels that have survived the past few years have had to become more savvy to the needs of their market.
“The figures demonstrate many have overcome the double whammy of a traditionally quiet trading period and the increase in VAT in Q1, perhaps having taken full advantage of the additional bank holidays and unseasonably good weather at the start of Q2.
“However, given the fluctuations in the Eurozone and wider European market, it is likely to have an impact not only on the UK market but tourism as well due to spending being reined in elsewhere.
“It is hard to predict what the future holds but we are likely to see a truer picture in the latter half of the year.”
Baker Tilly’s licensed trade insolvency figures came as accountancy firm Johnston Carmichael reported the number of businesses in Scotland going bust had reached an all-time high.
The total number of corporate failures in Scotland in the year to June 2011 reached 1365, up from 1086 the previous year. The figures marked a 119% increase in the number of companies failing since 2008.
A total of 36 Scottish hotels, restaurants and bars failed in the second quarter (April to June) of this year, up from 35 in the first three months of the year.
Matt Henderson, business recovery and insolvency partner at Johnston Carmichael, said the figures make for “truly miserable reading”.
“The statistics show that most of these companies went into liquidation and there has been a sharp increase in these appointments,” he said.
“Liquidations tend to reflect the outcome of court action for the recovery of debt and often affect smaller companies.
“There are some indications that with improved business lending the number of businesses being saved could increase, but the markets are very jittery and that could cause further uncertainty in the banking months ahead.”