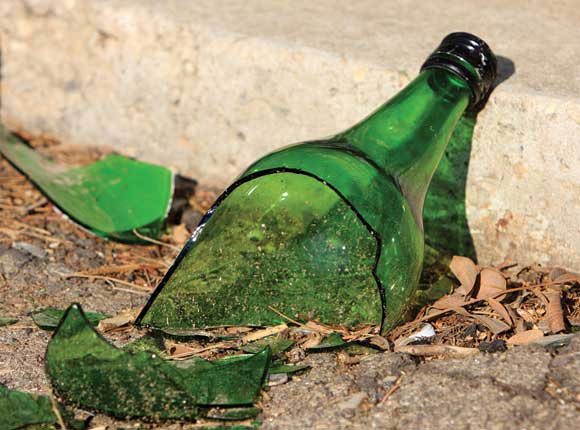 Dundee board backs measure as part of anti-underage drinking moves

Plans by Dundee licensing board to introduce a bottle marking scheme to combat underage sales have been opposed by a major on-trade group.
The Dundee authority has been seeking views on targeting the voluntary scheme at ‘premises with off-sales facilities’ to tackle the proxy sale of alcohol to persons under 18.
By inviting participating operators to mark bottles with ultraviolet ink, the board says it will allow police to trace where alcohol seized from underage drinkers has been sold and help identify the purchaser. It is proposing to amend its policy statement to introduce a pilot bottle marking scheme across Dundee, in conjunction with other measures aimed at reducing drink-related antisocial behaviour among under-18s.
The consultation follows a ‘mini pilot’ exercise in Dundee’s Menzieshill and Stobswell areas, which the ‘majority of off-licences’ took part in.
But, in its response to the consultation, the Scottish Beer & Pub Association claims there was insufficient evidence from the pilot to suggest bottle marking will limit underage drinking in the city.
The group said it is “simply not appropriate” to ask operators to do more to deal with proxy purchasing, stating while businesses do take the issue seriously, it was a problem best addressed by “police enforcement activity aimed at those making the purchases and then supplying it to youngsters”.
On whether any such scheme should involve pubs which have an off-sales dimension, it claimed these businesses generated such a small percentage of their turnover from this activity that it was impractical to expect them to mark a high proportion of bottle stock when only a small amount would ultimately be sold as off-sales.
“Our members are committed to effectively tackling the problem of underage sales of alcohol, not only in Dundee but across the whole of Scotland,” said SBPA chief executive Patrick Browne in a statement.
“However, we don’t believe the board has produced enough adequate evidence from a pilot scheme run in the city over a few months earlier in the year that bottle marking generates any tangible benefits as regards detecting more offences involving underage sales, or indeed in detecting so-called proxy purchases.”
Browne questioned the impact a voluntary scheme would have, stating that businesses which sell to under-18s would simply choose to not be involved. At the same time, he said, the board would be unable to enforce a mandatory scheme as it would not have the powers under the 2005 licensing Act.
Browne suggested the drive to tackle youth drinking would be better served by focusing on measures brought by the 2005 licensing Act, including test purchasing. He also pointed out that the legislation in this area would soon be strengthened, on October 1, when it will become mandatory for all licensed premises to adopt a ‘challenge 25’ policy.
Tayside Police confirmed in response to an FOI (Freedom if Information) question from the SBPA that it had not carried out a test purchase in the area since late 2008.
“It seems strange for the board and the police to be considering voluntary bottle marking schemes when the existing powers they have are not being fully utilised,” added Browne.