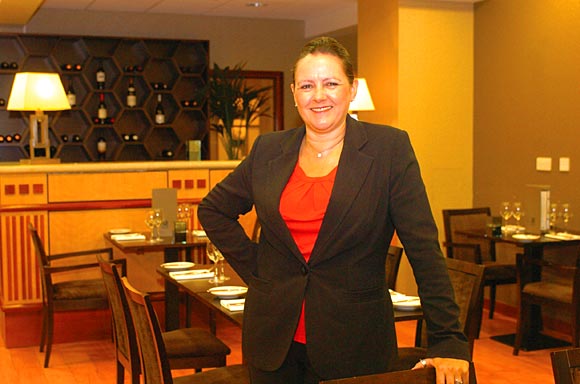 HEALTHY eating is at the very heart of Clydebank’s Beardmore Hotel and Conference Centre.

Owned by the NHS, and next to the Golden Jubilee National Hospital, the four-star 168-bedroom hotel has a long-established reputation for offering healthier menu options across its restaurant and dining facilities.
But a little over a year ago bosses at the Beardmore, which was named Scottish Conference Hotel of the Year 2011, reinforced its commitment to healthy cuisine when it achieved the healthyliving award.
General manager Eileen Newman said the process of meeting the criteria for the award brought a renewed focus on healthy eating for the hotel’s staff.
“We have provided a range of healthier menu options, such as salads and oily fish, for several years,” Eileen explained.
“Working towards the healthyliving award focused our attention on the content of the meals – for example, we can make the same dish but use low fat creme fraiche instead of full fat cream.
“We have also reviewed our cooking methods for all our menu items and, where possible, will grill or bake items instead of frying them.
“The Beardmore is owned by the NHS and we wanted to lead by example by achieving this important accreditation for our restaurant.”
And it seems staff at the Beardmore have no intention of resting on their laurels, with plans to continue developing healthier menus until it is reassessed for the healthyliving award next year.
“Achievement of the healthyliving award helps us acknowledge our healthy options and gives our customers an assurance that these are truly healthier options for them,” added Eileen.
“Our staff have worked hard to gain this accreditation and it’s good to see their efforts recognised.”