Nightclubs are facing a tough time, but venues offering something different can still flourish 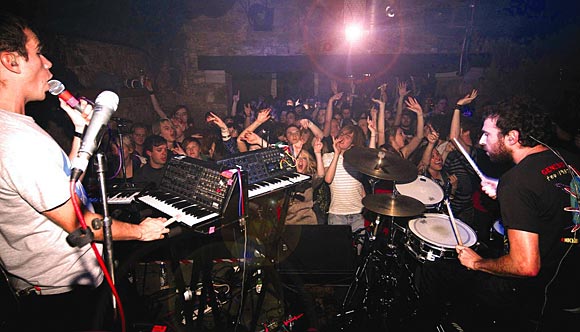 WHY venture to a nightclub when you and your friends can have a few drinks and be entertained at home?

It’s a question many young adults will have asked themselves as the continuing economic downturn has put the brakes on spending.
A recent survey from research company Mintel found more than half of 18 to 24 year olds are now drinking at home for special occasions, with a fifth stating they are now entertaining at home more than ever.
While the recession was said to have been the original cause of the trend, the study suggested it has altered the spending behaviour of young adult consumers, with many young adults now considering drinking at home to be the norm, rather than as a cheaper alternative to a night out.
The findings would seem to present alarming news for the people who run clubs, but all is not lost.
Insightful operators are responding to the challenge by devising niche events and giving young people compelling reasons to visit their venues.
In many ways it’s about providing experiences which can’t be replicated at home, said Barry Price, a director of Glasgow venue the Sub Club.
The Sub Club has long had a major focus on cutting-edge music, and Price claimed this has helped not just to maintain the club’s popularity, but even deliver one of the best summer trading periods in recent memory.
Offering something “a bit different” is absolutely crucial in the current market, he told SLTN.
“There are so many clubs and pubs out there now that you have to be different, you have to stand out, you have to offer a service that’s better than what other people offer,” he said.
“When you go out now you don’t just want a cheap vodka, a crap sound system, rubbish toilets and crap staff.
“For a while there were places doing that and I think throughout the recession these people have been found out.
“You can’t operate like that or do that kind of business (anymore).”
And the challenges don’t stop there. Price said that while younger customers staying at home are a problem for nightclubs, so are late opening bars.
“If a customer can stay in a bar till 3am for free, then what’s the incentive of paying £10 to get into a nightclub?” he said.
“I feel that if pubs are allowed to be open till three, then we should be allowed to stay open later.”
He added: “We can put on a guest from Detroit that costs us X amount of pounds, and I know plenty of people who’ve wanted to come down and see that guest, but because they get comfy in a pub with their pals they don’t come down till later.”
As with other demographics, value for money has become very important for young adults, said Sarah David of Edinburgh venue Cabaret Voltaire.
Like the Sub Club, Cabaret Voltaire has set out its stall as a music-led outlet, offering customers an alternative to the mainstream. Young adults account for a sizeable share of the club’s midweek business.
“Value for money is all important,” said David.
“A clever pricing strategy and keeping events affordable is key.
“Our bookings are current and underground, and as the youth market these days is led by blog culture and social networking, this is what draws in our audiences, who are driven by investigating new trends in music.”
David said the increasing popularity of underground music over the last year has helped to bring more young adults into Cabaret Voltaire.
And of course, attracting fresh customers is always crucial. After the summer Cabaret Voltaire will continue to target young adults as the city welcomes a fresh influx of students.
“We run our Alternative Fresher’s Week of events two weeks after the new students arrive,” said David.
“This gives the new students time to settle in, find their feet, trawl through their organised university events and then make their way into the city trying to find venues that feature the non-mainstream.”
With clubs under pressure from the on and off-trades, this non-mainstream audience is likely to become more important to venues like the Sub Club and Cabaret Voltaire than ever.