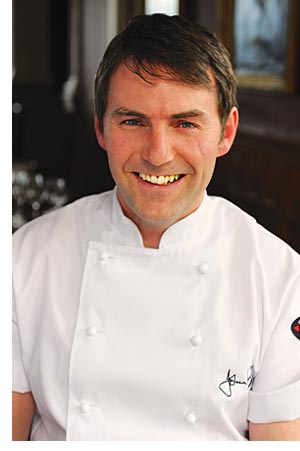 A SCOTS chef who worked under Raymond Blanc and Gordon Ramsay has put his name to a new signature restaurant at North Berwick’s Macdonald Marine Hotel.

John Paul at the Marine is the new incarnation of the East Lothian hotel’s former Craigleith Restaurant.
Named after the hotel’s executive chef, who learned classical French cooking from Raymond Blanc, it has replaced its predecessor’s formal feel with a relaxed, brasserie-style offer.
And the new approach is said to have struck a chord with locals and hotel residents since the restaurant opened its doors in June.
John Paul, who attended Raymond Blanc’s Cook School at Le Manoir aux Quat Saisons, said the hotel had seen a ‘big increase’ in its restaurant trade in the five years he has been executive chef.
But he told SLTN he wanted to do more to attract locals to use the facility.
“Before it was fine dining and very formal, with a menu that changed daily,” he explained.
“What I felt we needed to do was capture more of the local community, so we’ve relaunched it and made the menu more high-end brasserie in style.
“There’s a wider variety of food, including some old classics like haggis, neeps and tatties, right up to a halibut dish, so there’s something for everyone on there.”
Not that the switch from a formal to brasserie menu was without its challenges.
John Paul, who worked in Gordon Ramsay’s former Amaryllis restaurant in Glasgow after a spell as Blanc’s commis chef at Le Manoir, compared its launch to the opening of Albernach in London’s Trafalgar Square, which he also presided over.
“It was almost a carbon copy of it,” he said.
“The first night we only did about 25 covers, but it felt like about 250!” he said.
“It was hard work.
“But now we’re doing 70, 80 and doing it very well.
“It’s the usual [case of] adapting to the bigger menu and the different style.
“For example, we now serve soup in a copper pan and we pour it at the table, so there’s more of a show there as well.
“So yes, there have been challenges, but we’re certainly overcoming them. We’re very productive in the kitchen.”
The brasserie menu, which is said to be based on the best, locally-grown and reared produce available, is split into five main categories (classics, grills, ‘forgotten cuts’, Scottish wild fish and vegetarian), in addition to starters, sides and puddings. Prices start at £6 for the classic Cullen Skink, rising all the way up to £22 for the baked fillet of halibut, with sweetcorn and spinach ragout.
John Paul said hotel guests, who are attracted to East Lothian for its scenery and golf courses (the Marine is close to Muirfield), had responded positively to the changes. 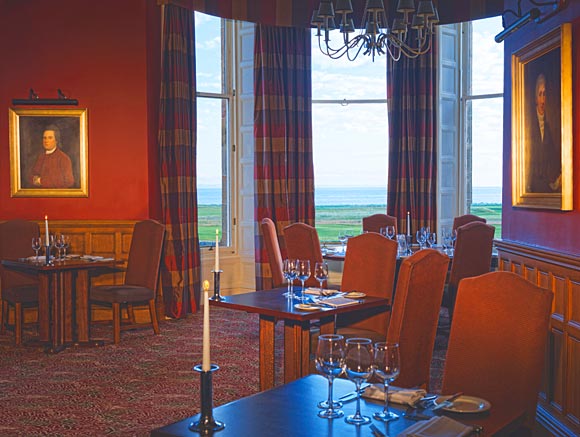 (John Paul: locals are embracing change at the Marine restaurant.)