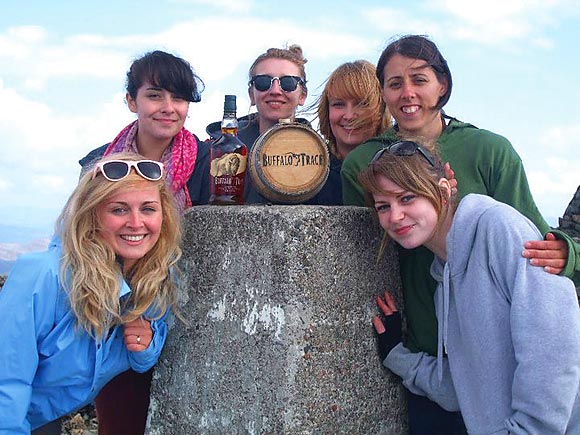 STAFF from Glasgow pub the Edward Wylie showed their adventurous side recently when they climbed Britain’s highest mountain for charity.
Sixteen staff from the Bothwell Street bar, which is owned by JD Wetherspoon, made the trek in support of cancer charity CLIC Sargent. They carried barrels of Buffalo Trace bourbon and Ben Nevis Ale with them, in recognition of support from both brands.
Buffalo Trace distributor Hi-Spirits donated £250 to the effort, while 5p from all Ben Nevis pints sold through Wetherspoon pubs in Glasgow was donated to the charity.
In total, the pub expects to raise more than £2000 from the trek.
Shift leader Gillian Buchanan described the nine-hour climb (five and a half hours up and three and a half back down) as “very hard work”.