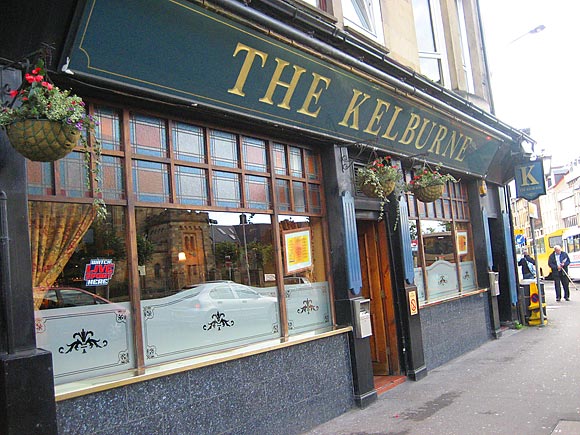 TRADITIONALLY, the leasing route has been advocated as a lower cost, lower risk way to enter the trade.
But as the economy struggles to emerge from recession, even this option is moving increasingly beyond the reach of prospective publicans.
Despite talk from pubcos that their deals are more competitive and more flexible than ever (motivated not just by the economic crisis, but pressure from an MPs’ enquiry into the way they do business), the number of individuals able to take them up is being limited due to difficulties accessing finance.
Ken McGown, operations and sales director at Scottish & Newcastle Pub Company, told SLTN that attracting would-be tenants who have both the right skills and funding is a major challenge for pub leasing companies.
“The demand for leases hasn’t diminished – the pressure is on the funding,” he said.
“We’re trying to be as flexible with our model as we can, but people can’t come in without some money.
“It’s the same as any business – you need cash to start a business.
“We’ve looked at all our models and how we lend, but the bottom line is that people need a level of finance [to lease a pub].”
Yet while McGown said he accepts the banks may have a certain perception of the trade which is determining how much they lend to operators, he said the economic problems are by no means confined to pubs.
In his view, faltering consumer confidence is not just putting pressure on long-running trade businesses, like Castle Inns and Peckham & Rye, which went into administration last month, but established retailers like Glasgow-based Bradfords the bakers.
“There is an image thing with pubs, which might come with all the headlines about pub closures,” he said.
“And as an industry we do tend to beat ourselves up a bit.
“But it’s retail generally that’s suffering.
“The banks clearly see the hospitality industry – hotels and restaurants as well as pubs – as high risk, but the problems are deeper than that, it’s the economy in general.”
But it’s not just banks which have re-assessed how they lend to the trade.
Heineken, which owns S&NPC, is on record saying it’s actively reducing the size of its loan book to the trade, stating in the last issue of SLTN that it’s “standing back from high-risk lending”.
On the plus side, would-be tenants today should be better informed about what’s involved in taking on a lease before taking the plunge.
That may partly be due to the ongoing probe by MPs on the Business, Innovation and Skills committee at Westminster, which led to the creation of a mandatory pubco code of practice. It’s backed by a mechanism which allows the BII, which monitors the code, to intervene if any breaches are reported.
McGown, however, said his own firm has always taken steps to clearly communicate the costs of operating a lease – from start-up costs to utility bills, including services like Sky Sports – to prospective tenants.
“We now have a code of practice and it’s there for all to see,” he said.
“We always operated a code unofficially before, but it’s part of a process of transparency and I welcome it.
“We need to get the right people for the right outlet.
“That’s how pubs work – even the huge chains have to get the right managers in.
“There’s no secret to it.”
Despite the challenges facing all pubs, McGown is aware that there is a danger in dwelling too much on the macro economic picture.
He remains convinced the industry is still an arena where good operators can thrive.
“We run pubs, we’re not in government,” he said.
“Sometimes we’ve got to detach ourselves and focus on the things we can control.
“We’ve just got to operate in a way we know works, and think about things like breakfast, coffee and how we use Sky. People have these things at home now so pubs have to compete better.
“Nothing’s going to move if we just sit about and worry.”