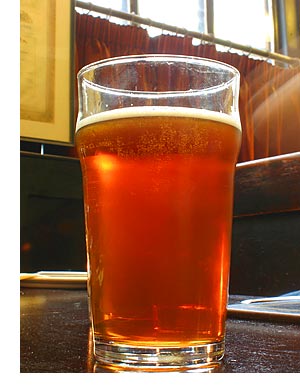 DUTY and VAT hikes at the turn of the year are said to have wiped the shine off any uplift in beer sales brought by the Royal Wedding and succession of bank holidays in April and May.
The total volume of beer sold in the on and off-trades fell 7.1% in the year to June, with sales in the second quarter (April to June) taking a 9.8% hit, according to the BBPA’s latest beer barometer.
Beer sales in pubs fared better than shops and supermarkets, with volumes down 4.5% in the second quarter compared to a 15% drop in the off-trade.
The BBPA said pub sales in April and May were boosted by the Royal Wedding, bank holidays and warmer weather, but the cumulative impact of tax rises, which it said equates to 10p a pint in pubs, “severely dampened” the positive impact. The lack of a major football tournament is also reckoned to have impacted on sales.
“With last year’s sales figures benefiting from the World Cup effect, which has historically boosted sales, sustaining volumes was always a challenge,” said BBPA chief executive Brigid Simmonds.
“The Royal Wedding gave a welcome boost to this quarter’s beer sales, but beer tax rises are now hitting our brewers hard and undermining recovery.
“We warned the chancellor that further beer tax rises would hinder job growth in our sector.
“Duty increases are fuelling inflation and stifling investment. Taxing beer fairly would create thousands of new jobs and substantial extra tax revenues at a time when we are all looking for private-sector led recovery.”