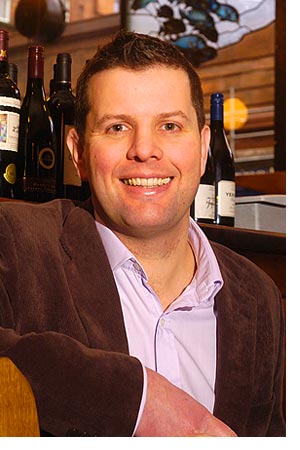 Some of the practices seem a little new age, but the move towards biodynamic wine is starting to produce some great results, says Guy Chatfield

THE movement in the UK and abroad for ethical farming techniques, while still small, is gathering pace, as we have seen from recent high profile campaigns from celebrity chefs on our TVs.
The wine trade is no different and around the world well-known names like Chapoutier from the Rhone Valley of France and Bonterra from California have forged strong reputations for producing wine that tastes great but also happens to be produced in an environmentally-friendly way.
Many larger producers are trying their hand at commercial productions of organic wines to cash in on the growing demand.
The question is, are they producing good wine, or is it just another money-making gimmick?
A wine may boast such ethical credentials on its packaging, but does it taste any good?
With an extremely competitive market out there, the product has to be top notch in its sector to survive. If it tastes rotten and is organic, it’s still just a rotten wine!
There is also the question of whether large wine producers have the expertise to scale what has been a largely hand-crafted product in the past.
To avoid controversy, I won’t name names, but some of the bigger winemakers which have tried to produce an organic option have made pretty average wine, so for me the jury is still out.
What I find really interesting, though, is the growing profile of biodynamic wines in the UK.
I won’t get all technical here, but biodynamism is based on the view that the vineyard in its entirety should be considered a living system and seen in context of the lunar and cosmic cycles.
In simple terms, it means all artificial methods are removed from the production of the wine; it’s a stage beyond organic farming.
Examples of some of the preparations and practices used – like oak bark fermented in the skull of a domestic animal which is then applied to compost – may seem very new age, but others like encouraging other farmyard livestock to wander among the vines are fairly practical.
What is interesting is that after scientific trials, it has been tentatively concluded that biodynamism works, the soil is healthier and the plots of land tested show greater diversity of microbes and insect life.
But does it taste good? Well, based on the limited sampling I’ve carried out so far, I’d have to say a resounding yes.
Try Champagne Larmandier-Bernier or Ca’ del Solo from Bonny Doon in California and you’ll no doubt agree.