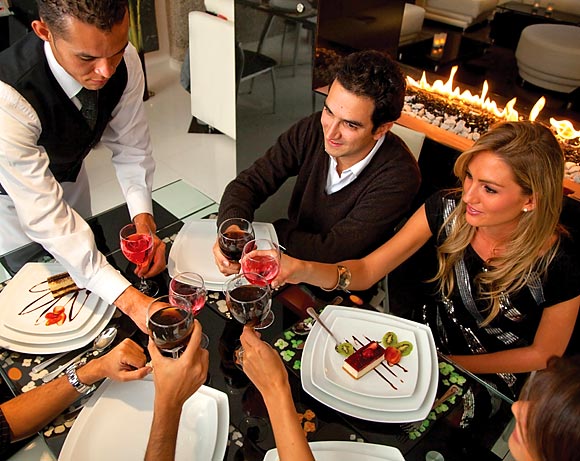 BUSINESS has picked up for national pub and restaurant groups in recent months – but independent operators are battling to combat rising costs.
That’s the combined verdict of business surveys published last week, which concluded that while some of the major multiple operators enjoyed a buoyant couple of months, independent bars and restaurants have found the going tough.
June was described as a solid month for the UK’s bar and restaurant groups, with like-for-like sales up 3.9% compared to the same month last year, according to the Coffer Peach Business Tracker, which monitors the sales performances of 23 different pub and restaurant groups.
The growth came after what was described as a static performance in May, when like-for-like sales dipped by 0.3%.
Half-term school holidays and the lack of a major football tournament this year, which can have a negative impact on restaurants, were credited with having a positive effect June’s sales growth.
“Multiple pub and restaurant operators are continuing to gain market share from independent operators, especially outside London,” said Mark Sheehan, managing director of Coffer Corporate Leisure.
“The World Cup last year was particularly tough for restaurants who are consequently seeing good like-for-like growth on weak figures.
“The hospitality sector is working hard to combat weak consumer spending.”
However, the picture appears to be less rosy in the independent sector.
A separate study, commissioned by the Centre for Economic and Business Research and price comparison service Make It Cheaper, found a sizeable number of independent pubs and restaurants are struggling with rising costs.
More than three quarters (77%) of independent operators said growth had been damaged by rising costs over the past five years.
The survey, which polled 750 businesses owners, also found that 81% said their performance had been compromised by business costs.
Two thirds (67%) said profit margins have been hit over the past three years as costs have increased, more than half said they have been forced to increase prices, 34% have cut staff, and 59% of independent operators surveyed said they’d fear for the survival of their businesses should costs continue to rise.
“Rapid cost increases are placing the survival of small companies in jeopardy, and dampening the entrepreneurial spirit so crucial to economic recovery,” said Jonathan Elliott, managing director of Make It Cheaper.
Meanwhile, the bi-annual SME Pulse survey from Aviva said a third of restaurant, pub and café owners think there is a real risk of a ‘double-dip recession’ in the UK.

(Image: Business has picked up across bar and restaurant groups, according to a new poll.)