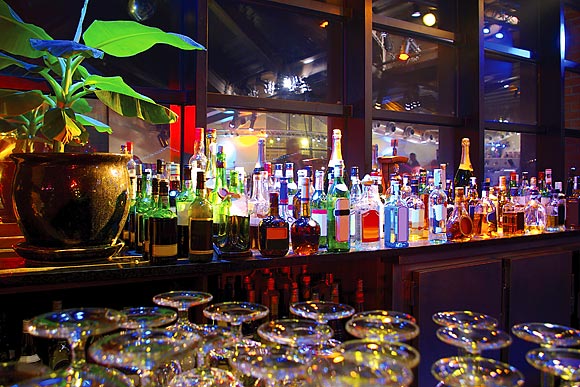 SO far this year the Court of Session has handed down two decisions of immense importance.
In the BP forecourt appeal, senior judges attempted to make sense of the Licensing Act’s “challenging” provisions regulating the grant of licences to filling station shops.
And, as reported in the last issue of SLTN, the Brightcrew lap dancing club ruling has made it clear that “inconsistency” with the licensing objectives – a ground for refusing an application – must bear a connection with the sale of alcohol.
As Queen’s Counsel for the club operators put it, public health might be improved if public houses served organically-produced vegetables or salads to a customer who had ordered a meat pie or chips – but a licensing board could scarcely require that practice by way of a licence condition.
A third landmark Court of Session judgment was awaited at the time of writing – and it could lead to new guidance for boards on overprovision.
But first, here’s the historical context. The Licensing (Scotland) Act 1976 allowed a right of appeal to those who had unsuccessfully objected to the grant of a licence. That process could take a very long time, perhaps even two years – long enough for some operators to throw in the towel.
But the 2005 Act swept away the right of appeal and, for the first time, absolutely anyone could oppose a licence application, not just persons in certain categories. As the late Sheriff Principal Nicholson put it, there was nothing to stop a committed teetotaler in some far-flung part of the country opposing a new licence in Glasgow.
The prospect of many more appeals clogging the court rolls led to a trade off.
George Lyon, the minister then in charge of licensing, made this promise of compensation: “Rights of appeal are being given to objectors at the review of a premises licence rather than at the application stage.” In fact, he said, if overruled at a review hearing an objector would have “the right to appeal the decision in the courts all the way to the House of Lords”.
It didn’t happen.

With increasing calls to halt the grant of licences, the overprovision case could be very interesting indeed.

A person who has applied to have a premises licence review can only appeal an action taken by the licensing board – for example, a warning, suspension or revocation – but cannot if no steps are taken by the board.
A very curious result you might think, and one which is almost certainly due to an error in the drafting of the Act.
So, it might seem that defeated objectors to a new application or those who had unsuccessfully challenged the unsatisfactory conduct of premises have been left powerless.
But, in a recent development, Ayrshire operator Buzzworks has taken on South Ayrshire licensing board following the grant of a licence for a large-capacity JD Wetherspoon outlet in Prestwick last November.
A petition seeking judicial review was warranted some four months after the hearing.
This is an “extraordinary remedy” in legalease – and one that comes with a sizeable financial cost for the losing side.
Buzzworks, which operates Elliots and The Dome near the Wetherspoon site, claimed the new 350-capacity pub would be the equivalent of three average-sized premises.
But in the view of the board, in the absence of concerns as to inconsistency with the licensing objectives, it was not open to them to reject the application on the ground of overprovision.

The ruling made it clear that inconsistency with the objectives must bear a connection with the sale of alcohol.

The challenge might fail if, as Wetherspoon argued, it’s decided there was an unreasonable delay in bringing the proceedings. Otherwise, we can look forward to guidance on how boards should approach overprovision under the 2005 Act and the role played by the licensing objectives.
With increasing calls to halt the grant of new licences, this could turn out to be a very significant case indeed.