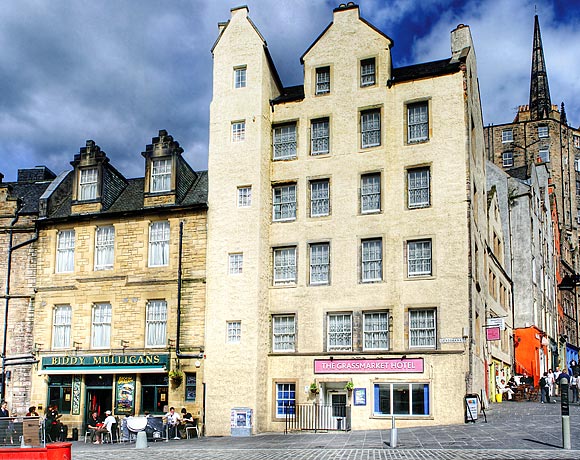 The problems which beset Castle and Festival Inns illustrate the dark days facing the trade. It is to be hoped that the outlets in question can still have a bright future

IT’S been quite a month in the Scottish trade – and not all for the best reasons.
The economic downturn claimed two of the country’s best known and long-standing independent, multiple operators – proof that the recession continues to exert a major influence over the on-trade.
It would be wrong for me to speculate on what exactly went wrong for Castle Inns, the group behind the City and Sportsters brands, and the Festival Group, which last week sold a tranche of its prime venues to Stefan King’s G1 Group after falling into administration.
I am neither an accountant nor am I especially informed about the financial position of the companies in question.
But it does appear that both businesses had been carrying fairly high debts before the recession hit and the banks radically reviewed the way they lend to the leisure business.
Combine this new, cautious attitude from banks with stuttering consumer confidence and the myriad other challenges facing the on-trade (high duty rates, rising utility bills, off-trade pricing and the tightening grip of government regulation) and you have a recipe for, well, difficulty.
The future of the Festival portfolio, however, looks secure, and there are also hopes that the Castle venues will carry on, which would be a positive outcome for jobs and for the vibrancy of the trade.

Pessimistic though it is to say, I fear there will be more failures to come.

As part of the G1 stable – albeit trading under a new division, EH1 – the Festival businesses will also continue to be able to rely on the expertise of founder Kenny Waugh, who has joined the board of G1 Group Holdings and has been confirmed as chairman of EH1.
Administrators acting on behalf of Castle Inns, meanwhile, have confirmed they have opened talks with prospective buyers for the 12-strong chain, and among those are Paul and Stephen Smith, who established the business back in 1983.
However, the fact that two of Scotland’s highest profile independent operators were forced to call in the administrators (and to that list you could also include Peckham’s, the licensed deli chain) is hardly positive for the Scottish industry.
If firms like these, which enjoy the benefits of buying power and other economies of scale, are struggling, then how difficult must it be for smaller concerns?
Pessimistic though it is to say, I fear there will be more failures in the trade to come.
GDP figures published last week suggested the growth of the UK economy slowed between April and June, while one survey highlighted fears among bar and restaurant owners that we could be heading for a ‘double-dip’ recession.
With professionals connected to the trade also telling SLTN this week that there is no sign of the banks softening their attitude to lending to hospitality businesses, our industry is under a cloud which is showing no signs of dissipating.
Yet it would be remiss to not mention the positive news we report on this issue.
The Di Maggio’s Group has invested £1.2m in launching a new restaurant in Edinburgh and developing a new eating out concept in Glasgow, with the promise of more to come, perhaps even in England.
Co-owner Mario Gizzi said the projects illustrate not only the firm’s faith in its own product, but the Scottish leisure market in general.
With the bank on board assisting its plans, as the Clydesdale is also doing with the Buzzworks Group in Ayrshire, there is at least some hope the major lenders haven’t given up supporting the trade entirely.

(Image: Biddy Mulligans and the Grassmarket Hotel are now trading under the EH1 banner.)