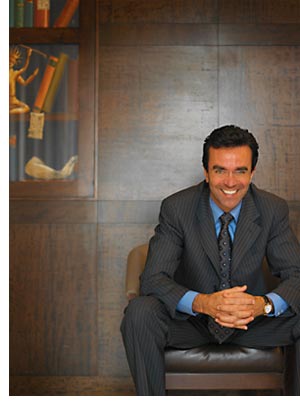 THE landscape of Scotland’s independent trade changed again last week when Glasgow-based G1 Group swooped to buy the bulk of Festival Inns’ Edinburgh estate out of administration – and brought together two of the industry’s best known entrepreneurs.
G1 boss Stefan King paid a reported £30 million to add the Murrayfield Hotel, Three Sisters, Bank Hotel, and the neighbouring Biddy Mulligans and Grassmarket Hotel, to his 40-strong managed empire.
The outlets changed hands in a ‘pre-pack’ deal arranged before Kenny Waugh’s Festival Group entered administration.
A downturn in trade was said to have left Festival unable to fulfil its debts to creditors. In the firm’s most recently available financial results, for the year ended July 31 2009, its main creditor, Clydesdale Bank, was owed £46.1m.
In separate deals, the company has also sold its Hudson Hotel in Edinburgh to Saltire Taverns (owned by Waugh’s cousin and former business partner, Billy Lowe) and its ScotBet chain of betting shops.
The Festival venues snapped up by G1 have been incorporated into a new trading entity, EH1, which will be chaired by Waugh, who also joins the board of G1 Group Holdings.
The jobs of the 175 staff employed at the outlets affected are said to have been protected.
But, responding to questions from SLTN, G1 acknowledged that while it was “committed to retaining the personnel structure of the Festival Group”, it may be “necessary to relocate the current administrative base to a more central location”.
The company said the key attraction of the deal was enhancing its presence in the east of Scotland, where it operates Ghillie Dhu, GHQ and The Granary. “It is a natural move to help achieve the group’s continued development ambitions,” a spokeswoman said.
In an official statement, King said he was looking forward to working with Waugh.
“No one knows the city’s bars, hotels and clubs better than him and to have his in-depth knowledge and experience at board level will be of enormous benefit,” he said. “We are both very excited about the road ahead, and look forward to creating a company at the forefront of innovation and standards in Scotland.”
G1, which also leases 110 bars through its Iona Pub Partnership, confirmed £1m had been set aside for capital investment projects in the EH1 portfolio next year. No one from Festival was available for comment.