SBPA insists trade should have say on impact of legislation

THE good and the bad inherent in Scotland’s licensing framework have been exposed in a new report. 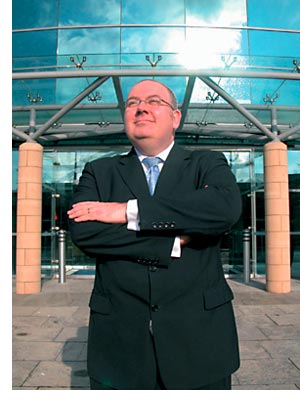 The views of licensing boards and LSOs (licensing standards officers) have been taken into account for a three-year evaluation of the 2005 licensing Act.
And a first summary, published last month, revealed a high level of concern that the Act has so far had a minimal impact on how the trade is run.
One-third of the LSOs surveyed said the Act has had minimal impact; reasons given included a sense that the off-trade is operating more or less the same as it was before the legislation came in two years ago, and the ability of large beer and pub companies to challenge elements of the legislation that were open to interpretation.
On a more positive note, two-thirds of the 30 LSOs surveyed said the Act had resulted in greater awareness of licensing issues among the trade and public. LSOs also said licensees were “much more aware” of their responsibilities, especially regarding training and monitoring staff, and that “licensing standards had been raised to some extent”.
Licensing board representatives had a similar view on the legislation’s impact, with 16 of the 29 surveyed concluding that the Act’s impact had been “at least quite positive”. Only three said the legislation had had a negative impact in their area, but nine said the impact had been neither positive or negative.
Boards reporting a positive impact said the Act had strengthened the enforcement agenda, allowing them to suspend licences with immediate effect. It was also suggested that the Act had increased general awareness of licensing responsibilities and objectives.
But boards lamented the loss of licences caused by the legislation in several areas, particularly small hotels and rural shops, with higher fees cited as an issue.
On achieving the licensing Act’s five objectives, both LSOs and board respondents said protecting and improving public health had been least successfully addressed. Citing difficulties in defining and measuring the objective, they claimed it was “too wide in scope and, therefore, the most challenging to address”. Board members were also said to have felt a “sense of powerlessness” to tackle supermarkets and pubcos.
Among LSOs, nine said the protecting children from harm objective had been dealt with best; eight said preventing public nuisance was the most successful; and seven cited preventing crime and disorder as the best addressed objective.
Patrick Browne, boss of beer and pub group SBPA, described the findings as “interesting”, but insisted the views of the trade should be heard.
“There have been a number of real problems caused by some boards and LSOs and feedback on those would hopefully avoid recurrence going forward,” he said.
The next stage of the evaluation, which is being carried out by the Scottish Centre for Social Research on behalf of NHS Health Scotland, is due next year.