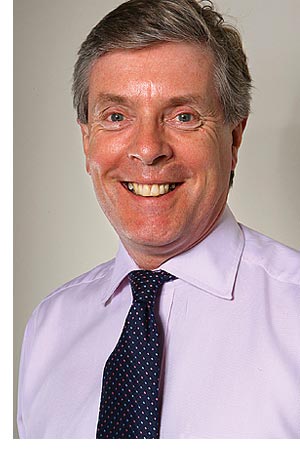 DRAMBUIE is making a play for malt whisky drinkers with the launch of a new product based on 15 year old Speyside malts.
Drambuie 15, the company’s first UK launch in ten years, was introduced to trade customers at Glasgow’s Corinthian Club last week, having been unveiled to the drinks world at the Cannes travel retail show in France last November.
Described as a drier, ‘connoisseur expression’ of the original whisky liqueur, it is expected to command a price premium over regular Drambuie.
And while the company, which now uses Bacardi Brown-Forman Brands to distribute the liqueur in the UK, has worked hard to present Drambuie as a cocktail and long drink base in recent years, it reckons the 15 is best drunk neat or over ice.
The product will be available for consumers to buy in the autumn, in time for the Christmas gift market which remains crucial to the brand’s fortunes.
Jonathan Brown, brand heritage director at the Drambuie Liqueur Co, said the launch of Drambuie 15 had been made possible thanks to the successful repositioning of the core brand in recent years. And he revealed that other line extensions based on whisky age statements would now follow, reflecting the way deluxe blends like Johnnie Walker and Chivas Regal present their portfolios. 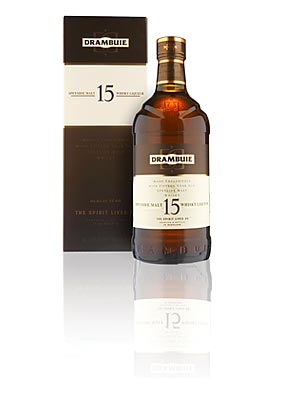 “We’ve worked hard to change the perception of Drambuie as a sweet, sticky after thought to a drink that can be enjoyed in long drinks and cocktails,” he told SLTN at the launch.
“And we’ve had a positive response, which has allowed us to concentrate on line extensions.
“Drambuie 15 is an amalgamation of three key elements: Scotch, sweetness and our secret blend of herbs and spices.”
Brown said the pack design for the 15, which has a slightly higher ABV (43% versus 40% in the original) “sits perfectly with the core brand”.
“It has the same look and age statements as premium malt whiskies,” he said, adding that a new logo and bottle design was launched for the original two years ago to encourage bar owners to position it on gantries next to malts, as opposed to speciality spirits.
Drambuie 15, which will be priced at a premium 25% above the original, will be available through Wallaces Express, Wm Morton, Lawrence Smith, Forth Wines and Dunns Food & Drink. It follows the launch of the Royal Legacy in 2009. Priced at £125 a bottle, and sold mostly in travel retail stores, it took Drambuie’s traditional herbs and spices recipe and aged the liquid in whisky barrels. Neither Drambuie original or the 15 are matured in wood as part of their production processes.