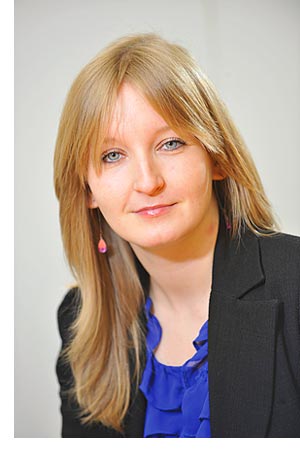 BRIGHTCREW, which owns and operates an adult entertainment venue in Glasgow, won a legal battle against the city’s licensing board last month after its attempts to gain a premises licence were blocked.
While the victory will doubtless have been welcomed by its patrons across the city, it can also be seen as good news for licensees across Scotland from a legal perspective.
A number of cases have arisen recently which have clarified the scope and application of the Licensing (Scotland) Act 2005, largely in favour of licensees.
Taking the Brightcrew case as an example, the board originally refused to grant the premises licence after highlighting health and safety concerns and claiming the club had contravened the board’s code of practice on adult entertainment venues. There was no objection to the licence by the police.
However, the club successfully challenged the refusal.
The highest court in Scotland ruled that the board’s code of practice had no legal basis and that the board had taken irrelevant factors into account when refusing the licence.
The only factors the board was entitled to consider were those relating specifically to the sale of alcohol.
The importance of this victory cannot be underestimated.
Across Scotland, authorities have been interpreting the law too strictly or over-reaching themselves, it now appears, in refusing applications or imposing sanctions on licence holders.
In one recent case, the Aberdeen board refused a provisional premises licence for a supermarket after a local trader objected. The board decided that allowing the new licence would result in overprovision – despite the fact that nearby premises did not operate in the same way as the proposed store.
But the board’s decision was overturned by the court, which ruled the board had failed to explain how granting the licence would result in one of the five licensing objectives in the 2005 Act being breached.
Similarly, Dundee licensing board issued a written warning to a public house where discount cards were offered to students.
The board decided that this fell foul of the 2005 Act’s ban on price changes within a 72-hour period. However, the decision was successfully appealed after the court ruled that the board had interpreted the 2005 Act too strictly.
In this case, the use of discount cards had nothing to do with a ban on price changes, the purpose of which was to stop people drinking large amounts of alcohol in a short period of time.
These decisions send a clear reminder to boards that their role is to licence premises for the sale of alcohol, and they must act within the powers given to them by the Act.
If they are unclear what those are, they should seek guidance from the courts.
It also sends a clear message to aggrieved licensees that they should not be afraid to oppose decisions taken by the licensing authorities – far too often licences are being withheld on grounds which are either flimsy or irrelevant.
It seems unlikely that government will intervene to address the situation, so, for now, the only option is to keep challenging until case law makes the position crystal clear.
• Frances Ennis is a lawyer in the litigation and dispute resolution practice at McGrigors, which acted for Brightcrew in this case.

The great refusal challenge
Circumstances under which refusals may be challenged, according to McGrigors solicitor Frances Ennis, include instances where:
• boards take into account moral or commercial factors not linked to the sale of alcohol
• authorities use unilaterally imposed ‘codes of practice’ without legal basis
• suspensions or revocations are imposed for a first time offence or innocent mistake
• licence holders fail to trade for the entire duration of the hours shown in their premises licence