From October 1, changes in weights and measures legislation will see the legal introduction of the 2/3 pint. Solicitor Stephen McGowan wonders if it will change the Scots’ drinking habits

OCTOBER 1 2011 is shaping up to be an interesting date for the licensed trade in Scotland. It’s when a range of new licence conditions come into force, including ‘challenge 25’, the updated regulation on age-restricted sales.
It’s also just been confirmed that it’s the date new weights and measures rules come into force, bringing about the legalisation of the 2/3 pint.
The changes are enshrined in the snappily-titled Weights and Measures (Specified Quantities) (Unwrapped Bread and Intoxicating Liquor) Order 2011.
There are three key changes to weights and measures law: as well as introducing the 2/3 pint, wine ‘samples’ will be legalised, allowing wine to be sold in quantities under 75ml; and fortified wine will only be allowed in measures of 50ml and 70ml.
There has been a backtrack on new rules for brandy, with proposals dropped from the final order.
The 2/3 pint is a measure commonly used in other parts of the world, for example in Australia, where it is often referred to as a ‘schooner’. 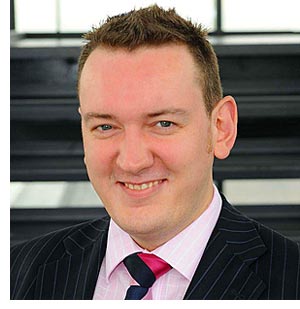 In hotter climes the 2/3 pint is popular because the larger the measure, the more likely it will lose its chill in the sun.
Such logic is not the driving force behind its introduction in the UK, notwithstanding the fact our summers aren’t usually as warm as Australia’s.
What the government is focusing on here is persuading people to drink less.
Why drink a full pint when your thirst could be quenched with two-thirds?
I should emphasise the 2/3 pint is not becoming mandatory as of October 1 – it will be up to operators to decide whether or not to stock the new glassware and offer it to customers.
I have always had some difficulty with the idea of the 2/3 pint.

The coalition was not convinced of the need to move brandy into the ‘big four’ of whisky, vodka, gin and rum.

While I have no quarrel with the aim of reducing alcohol harm in Scotland, it seems to me the vast majority of social drinkers will not drink less, but simply order more 2/3 pints.
It will also lead to confusion, I fear, for the bartenders who may have to listen very keenly over the bar to the following type of order: ‘Can I please have a pint of lager, one two thirds pint of cider, two two thirds lager tops and half a beer shandy’.
Having said that there might be some appetite for the ‘smaller pint’ in Scotland. For example, it’s been suggested the measure might be popular for real ale brewers and stockists looking to target the female market.
Time will tell, I guess.
On wine, the current by the glass measures are 125ml and 175ml (or multiples of either), but wine in a quantity below 75ml will be allowed from October 1.

The 2/3 pint is not becoming mandatory – it will be up to operators to decide to offer it.

The aim of this change is to remove any difficulty over offering wine samples, for example in events like ‘wine flights’ – tastings of a showcase or selection of wines which are sometimes used for educational purposes as well as general enjoyment.
Operators engaging in any such activity in Scotland, however, should always be mindful of the rules concerning ‘irresponsible promotions’ under the Licensing (Scotland) Act 2005.
The current legislation for wines applies equally to fortified wines – that is, measures of 125ml or 175ml.
But it has been judged that those measures no longer represent modern trends of alcohol consumption and current trade practice, so new measures of 50ml and 70ml will apply from October 1.
The original proposals included elevating brandy to the ‘big four’ (whisky, vodka, gin and rum), which would have meant it could only be to sold in quantities of 25ml or 35ml, but that has not made the final order.
It may surprise some people to learn that the 25ml and 35ml rule does not apply to brandy (or indeed any other spirit apart from the big four).
However, the National Measurement Office has confirmed the proposal to move brandy into the big four was dropped because the coalition government was not convinced there was sufficient evidence to justify the change.

(Image: McGowan remains to be convinced that smaller glasses will lead to people drinking less.)