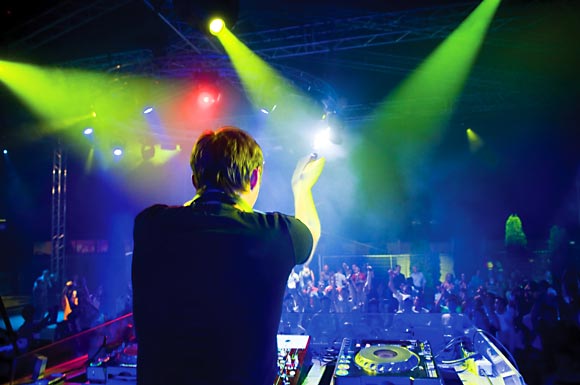 PLANS to hike music royalty fees for bars and nightclubs by as much as 4000% were condemned last week by operators and their representatives.
Phonographic Performance Limited (PPL), which grants the trade copyright licences to play music in public on behalf of its record company and performer members, is aiming to ramp up its tariff for specially featured entertainment (SFE), which covers clubs and DJs in bars and hotels.
The PPL, which lost a case to trade groups, including the BBPA and BHA, over charges in the High Court last year, claims the current fees “do not adequately protect or value” the rights it administers.
Under the proposed new tariff, out to consultation until October 14, the licence fee for a 200-capacity bar putting on a four-hour event would go up from £30.41 to £308.13; a 1000-capacity club trading for five hours would be charged £1750.88, up from the current charge of £90.81; and a 2500-capacity venue would see its bill soar from £129.21 to £4004.88. PPL said new rates will be phased in, with 25% payable next year, 50% in 2013, and the full amount from 2014 onwards.
But the trade has reacted angrily to the proposals.
Donald MacLeod, whose firm CPL operates The Garage, Cathouse and Tunnel nightclubs in Glasgow, said the trade was an “easy target”.
“At a time when operators are under severe pressure and people’s pockets are being hammered, it is disgraceful,” he told SLTN.
“I’m all for writers and performers getting their money but I think we’re an easy target.
“They should reduce the rate and go after those who bootleg music on the internet.
“We shouldn’t be there to make up the difference.”
The BBPA described the proposed fee increases as “totally unacceptable”. “They would be
a huge burden on pubs and nightclubs,” said chief executive Brigid Simmonds.
Jon Collins, executive chairman of Noctis, the late night operators’ group, claimed the “consultation is based on flawed assumptions and would make a large proportion of the country’s nightclubs and late night bars simply unviable.”
And licensing lawyer Stephen McGowan, of Lindsays, said the proposals would be “a major body blow for most of the licensed trade, who will be struggling to understand how PPL can justify such an exorbitant increase”.