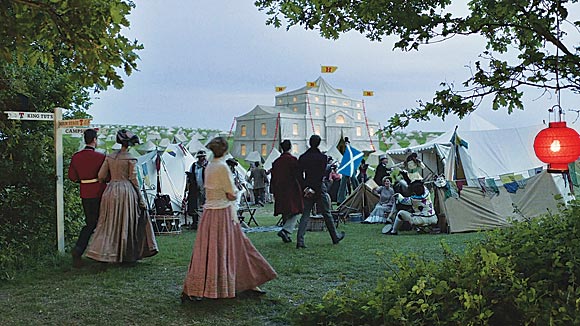 TENNENT’S celebrates the success of T in the Park in the latest ad for the Scottish lager brand.

The ad follows the established characters of founder Hugh Tennent and butler Barnes as they take a stroll through a 19th century version of the music festival, trying to find their tent.
The ad was revealed earlier this month at the festival, which featured sets by Beyonce and Coldplay, before running on Scottish television. It’s supported by a Facebook competition giving consumers the chance to win luxury camping and weekend tickets to the 2012 festival.
“The heart of the festival which comes across in the advert – its spirit, sense of celebration and magical setting – is very familiar to the festival we know and love today, and for that we have to thank the music fans who help make every year of T in the Park such a memorable one,” said Tennent’s marketing manager Jane Cannon.