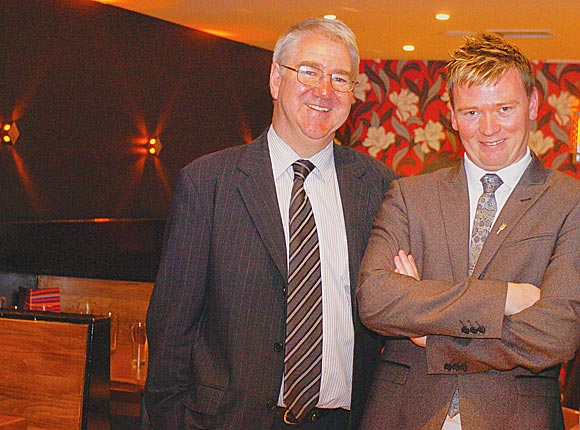 MUCH has changed since hotel group Abode set up home on Glasgow’s Bath Street.

The hotel opened in December 2005 in the building once home to Sir Henry Campbell-Bannerman, UK prime minister between 1905 and 1908, and, laterally, the Arthouse Hotel.
Since then there has been no shortage of competitors setting up camp in the area, with a number of hotel refurbishments carried out too.
But it’s not just the city’s hotel landscape that’s changed.
The economy has taken a pounding, impacting on consumers’ spending habits and leading many hoteliers, restaurateurs and bar owners to compete on price.
It’s a climate that prompted the team at Abode Glasgow to adapt the business, closing the four-star hotel’s Michael Caines restaurant earlier this summer.
Speaking to SLTN last week, the hotel’s financial controller Michael Donnelly and general manager David McLaughlin said the downturn was a factor in the decision to close the 57-cover restaurant.
“We were losing two key personnel at the time anyway,” Donnelly explained.
“The executive chef Craig Dunn was going to Abode in Exeter and the restaurant manager Alan Brady was also leaving.
“Trading conditions were tough too. The restaurant had been doing well since it opened and had won awards but the recession did have an impact.”
The closure of the restaurant did not sever Caines’ ties with the Glasgow property, however.
A director of the Abode group, Caines remains involved in the 59-bedroom hotel’s food and beverage offer in the less formal Bar MC & Grill, whose kitchen is headed by Gary Baker, Dunn’s former number two.
Offering “good quality, well-cooked food at reasonable prices”, the grill has both a la carte and set menu options.
Starters on the a la carte range from soup with homemade bread at £3.95 to crab salad at £8.50; while mains include asparagus, pea and dill penne pasta with mascarpone cream cheese at £9.95 and a 10oz Scottish sirloin steak at £25.50.
The economic climate has also prompted some changes at the bar.
Abode has dropped the price of a pint of Peroni from £4.95 to £4.50 and cut the cost of its cocktails to £4 – adjustments McLaughlin and Donnelly say bring it in line with Bath Street prices.
“Customers are definitely more price conscious, especially during the week,” said McLaughlin, who is due to take up the role of operations manager at Abode Manchester in the next couple of weeks.
“I think the words ‘fine dining’ put people off in Glasgow.
“But in the grill we’re doing a lot of a la carte, especially at the weekends.”
The accommodation side of the business is also said to be performing strongly.
Occupancy is up year-on-year, according to McLaughlin, though he described activity in the market as very price-led. 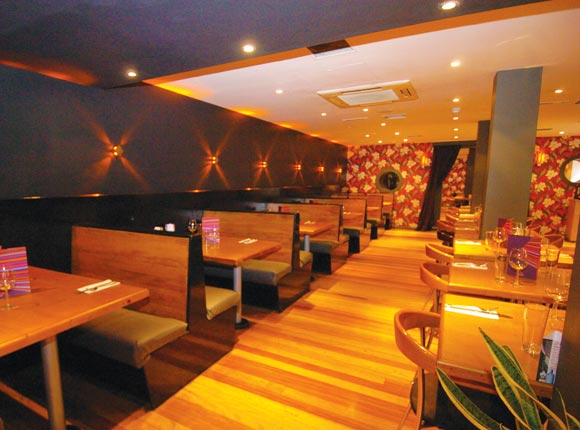 He said the hotel is offering competitive rates through online booking services like Late Rooms, and ultimately aims to convert those reservations into repeat business.
“Occupancy is up year on year but your average room rate is down because you have to compete,” McLaughlin said.
“It’s very price sensitive. We watch what others are doing and there are some in Glasgow who are selling at £59 but the danger is if you cut your rates too low it’s difficult to come back from that.
“It’s about building loyalty and getting to know your customers. We’ve got no idea who’s coming through the door from these online bookings so we need to get to know them once they’re here and remember them when they come back. People’s expectations are higher than ever, and rightly so.”
Donnelly agreed. “You can’t stand still,” he said. “You’ve got to keep adjusting the business and moving forward.”