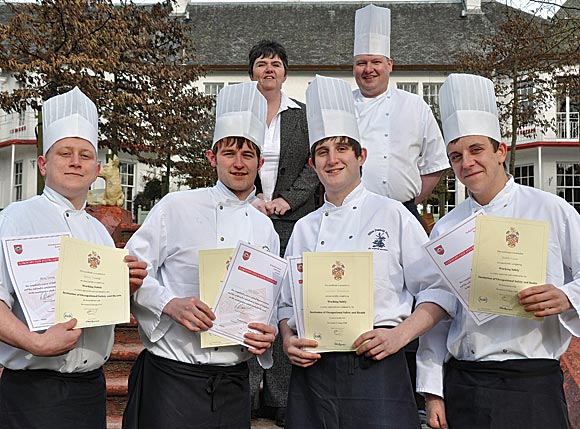 A CHEF at a Perthshire hotel has been recognised for his work with unemployed youngsters.

Kenny Black, who works at Hilton Dunkeld House, mentored four young people under the Quick to the Cut chef training programme, which allows candidates to obtain a level two chef’s qualification in 12 weeks instead of the normal two-year college course.
The four youngsters mentored by Black all went on to secure full time employment as commis chefs.
The chef is set to receive Hilton’s Light and Warmth Award – a global recognition for employees who “champion best practice and exceptional performance” – and US$10,000 from Hilton Worldwide.
Black described the award as an honour.
“This was a fantastic project to work on and I was delighted we managed to help these young people build their skills base as well as overcome personal barriers which were preventing them from gaining employment,” he said.