MOVES to upgrade Scotland’s broadband and mobile phone networks have been welcomed by hospitality industry groups, which warn tourism will suffer if coverage isn’t improved.

Following a parliamentary debate on rural connectivity, the Scottish Government has pledged to fight for a bigger share of a £530 million pot allocated by the UK Government to roll out next generation broadband to rural areas.
Rural affairs secretary Richard Lochhead said he wants all of Scotland to have access to next generation broadband by 2020, with “significant progress” made towards this target by 2015. He has also called for better mobile phone coverage north of the border, claiming 3G coverage is only available to around 66% of the population and 41% of the country geographically – figures he said are well below the UK average.
The moves have been welcomed by tourism and hospitality groups, which said high speed connections can’t quickly soon enough. 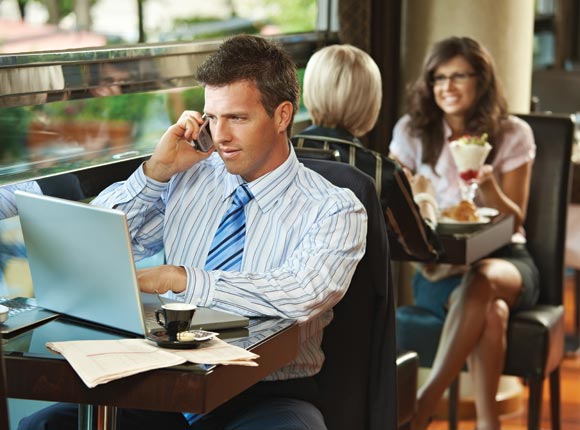 Stephen Leckie, chief executive of Crieff Hydro and chair of the Scottish Tourism Forum’s Tourism Leadership Group, said visitors to Scotland expect high speed broadband and mobile access across the country.
Leckie, who spoke out on the issue at the STF conference earlier this year, said failure to upgrade networks now could seriously damage the country’s tourism industry.
“This is about more than high speed broadband,” he told SLTN.
“It’s about high speed broadband, rural broadband, mobile phone signals, and 3G/4G mobile signals. Everyone carries a mobile nowadays and expects to get a signal.
“There’s also the issue of download speeds.
“In general the cities are better than rural areas but, compared to some European countries, it’s still too slow.
“A friend in Germany got a letter from his provider telling him his service would be down for a couple of hours while the download speed was upgraded to 24 Meg. Here we can get 10 Meg in Edinburgh.
“Germany was doing this last Tuesday. Scotland has got to wake up and the government has got to shape up.”
The British Hospitality Association also welcomed the broadband targets set by the Scottish Government, saying they’re long overdue.
“Tourism today is so competitive that anything that delays connectivity tends to hold back businesses,” a BHA spokesman told SLTN.
“Electronic technology has become such a key element in hotel sales and marketing – as well as in day-to-day operations – that operators are really losing out. Consumers now expect instant responses to booking requests and if that isn’t possible, sales can be lost.
“The sooner broadband comes throughout Scotland, the better for the industry. It can’t come soon enough.”
Communications regulator Ofcom published a report last week showing Edinburgh had the highest average maximum download speed in the UK at 10.1 Mbit/s. The UK average maximum speed is 7.5 Mbit/s, according to the report.