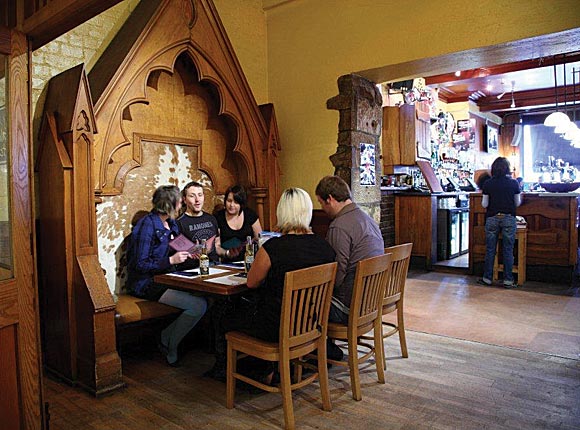 OPERATORS Brian and Jane Flynn have assumed full control of Falkirk pub Behind the Wall.

The Flynns, who have been involved with the bar since it opened in 1985, bought out the minority stake held by Alchemy Inns last month. The deal ends the four-year partnership the couple, who trade as Crispnew Ltd, had with Alchemy, a pub operator and supplier of goods and services to the trade in Central Scotland. Alchemy was established by MD Tommy McMillan in 2000.
Behind the Wall is a favourite haunt of fans of Falkirk FC and since the team left Brockville has run a shuttle bus from the bar to the Bairns’ new Westfield ground on match days.
“We’re looking forward to an independent future, though there’s so much competition it’s becoming difficult to get the right balance and stay independent,” Brian told SLTN.
“Thankfully we’re still here. We’ve been trading for more than a quarter of a century as Behind the Wall so it is a success story – hopefully it can continue.”