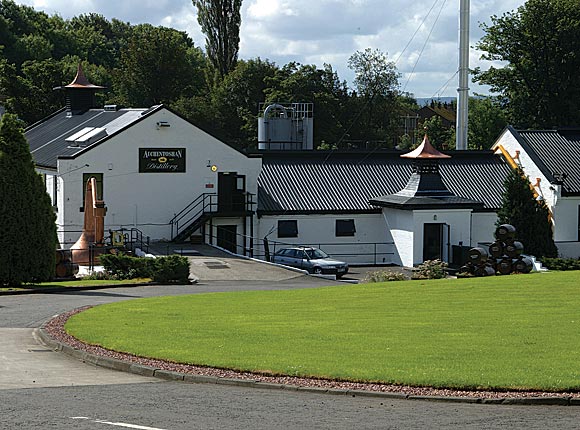 THE extent of the mutually-beneficial relationship between the whisky and tourism industries has been further highlighted by a new report.
The survey, commissioned by the Scotch Whisky Association, illustrates the economic benefit brought to Scotland by the many international tourists who visit distilleries.
It also spotlights a so-called ‘distillery effect’ – the formation of tourism and cultural ‘clusters’ around the whisky trade’s production centres.
According to the SWA, the growth of Scotch whisky exports – valued by HM Revenue & Customs at more than £3 billion last year – is encouraging more people to visit Scotland.
And those who come to Scotland for the Scotch are said to spend more when they’re here than other tourists.
The report calculates that visitor centres and distilleries add £30.4 million in value to the Scottish economy and support 640 jobs directly and indirectly linked to the whisky industry.
The overwhelming majority of distillery visitors (86.1%) were found to have come from outside Scotland, with nearly two-thirds (62.3%) coming from outside the UK.
Distillers and the hospitality sector have been working to capitalise on the whisky and tourism link with the operation of the Scotch Whisky Embassy Network.
Established in 2003 to promote ‘whisky tourism’, the group now includes 90 hotels, bars, restaurants and golf clubs; last year embassies received some 10.4m visits, 43% originating from outside Scotland.
“Scotch whisky and tourism can be seen as the perfect blend and complement one another,” said SWA chief executive Campbell Evans.
“Our survey shows the scale of the economic impact of Scotch whisky and how exports can help drive up tourism.
“Spending by tourists, and the jobs created as a result, is injecting new money into the Scottish economy.”
The SWA report comes after figures published by Diageo in April revealed a 20% jump in visitors to its 12 distillery centres in the previous two years. The number of people visiting Diageo sites rose from 176,471 in 2008 to 210,432 last year, the company reported.