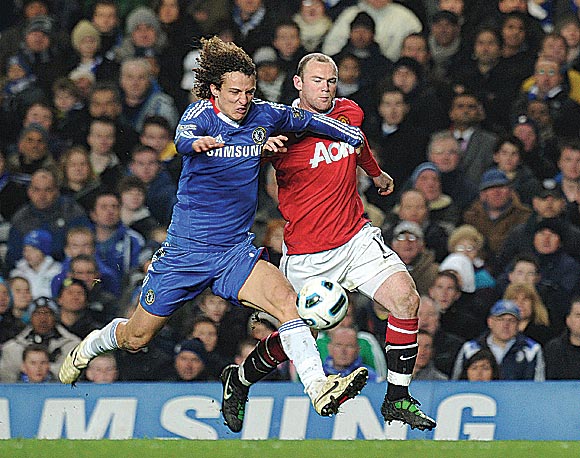 THERE’S no doubt it’s been an exciting summer of sport. Andy Murray’s run to the semi-finals at Wimbledon, Rory McIlroy’s stunning US Open win, David Haye’s (ultimately unsuccessful) heavyweight title decider with Wladimir Klitschko and the continuing drama of the Formula 1 season has given operators the chance to draw audiences while football takes its annual hiatus.
But despite such attractions there’s no doubt the trade will welcome the return of the league football season, particularly after a summer that hasn’t featured a major international soccer tournament.
Happily for football-focused pubs, the wait for the season to start has been shorter than usual.
Season 2011/2012 in the SPL gets underway as early as this weekend (Saturday July 23), when champions Rangers get their title defence underway against Hearts, in a 12.30pm kick-off live on Sky.
Fans of the Ibrox club will be looking to the match for an indication of how their favourites will play this season under new boss Ally McCoist, who is tipped to cultivate a more expansive style than predecessor Walter Smith.
However, his ambitions may be hampered by the hurdles he is currently facing in bringing new players to Rangers, whose financial constraints mean they’re struggling to match the wages on offer in England’s second tier. Jim Jeffries’ Hearts have managed to strengthen over the summer, however, adding the likes of John Sutton, Jamie Hamill and Danny Grainger to the Gorgie ranks.
Celtic, in action away to Hibs the following day (ESPN, 12.30pm) have been quieter on the transfer front compared to last year. But the Hoops, who ran Rangers so close in Neil Lennon’s first season in charge, have bolstered an already well-balanced squad, centre-half Kelvin Wilson joining from Nottingham Forrest and midfielder Victor Wanyama from Belgian side Germinal Beerschot.
Away from the Old Firm, other early SPL fixtures to look out for include newly-promoted Dunfermline at home to St Mirren on Monday July 25 (7.30pm, Sky Sports); and the Edinburgh derby between Hearts and Hibs on Sunday August 28 (3pm, ESPN).
The first Old Firm clash of the season is at Ibrox on Sunday September 18 (12.30pm, Sky Sports).
These SPL encounters are included in the first set of live broadcasts for the new season to be confirmed by Sky, in partnership with ESPN, last week.
Sky begins its coverage of the 2011-2012 English Premier League season with last year’s top four clubs all in action over the opening weekend.
The televised action gets underway when ESPN takes its cameras to St James’ Park on Saturday August 13 for Arsenal’s visit to Newcastle.
The next day, a Ford Super Sunday double-header on Sky sees Chelsea in action away to last season’s FA cup finalists Stoke City, followed later in the afternoon by Man United’s opener at home versus West Brom.
The opening round of fixtures will be completed the following evening with the return of Ford Monday Night football on Sky with Swansea’s debut Premier League match, away to Manchester City at the newly-renamed Etihad Stadium.
Sky said every Barclays Premier League team will be shown live in its first tranche of fixtures, with the newly-promoted sides of Norwich, QPR and Swansea appearing at least three times by the end of November.
Sky, which last week confirmed its prices for pubs would be unchanged for the new season, has also introduced a package of new products to help operators make the most of the live games in outlet.
PreviewLive, the broadcaster’s sports fixture site dedicated to business customers, is launching a ‘support your local’ promotion to coincide with the new season.
The first 3000 businesses signing up to the promotion will receive POS packs, including ‘regional’ materials allowing them to promote a team of their choice.
TeamTalk, a new page on PreviewLive, will provide updates on key fixtures, while another new addition, My Weekly Planner, allows operators to personalise their own weekly diary, highlighting matches to promote as well as info for staff. Fresh content and news will also be highlighted in a What’s New section.