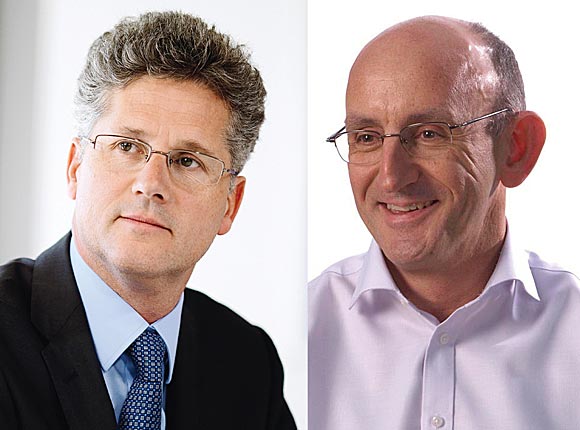 The demerger, which was announced in March following a strategic review of the company, will see its tenanted and managed divisions separated to form two listed pub companies.
It comes nine years after Punch first demerged its managed division, the then Spirit Group Holdings, before buying it back in January 2006.
The move, which is conditional on shareholder approval and will cost a claimed £30 million to complete, will ultimately see Punch half the number of pubs in its leasehold estate, to focus on 3000 “high quality” outlets.
As of July 1, it had 2126 pubs in its so-called ‘non-core’ division, which as previously stated the firm aims to sell off at a rate of 500 pubs a year.
Stephen Billingham will become chairman of Punch in September with Roger Whiteside (pictured top right) as chief executive and Steve Dando taking the role of finance director.
On the managed side, Spirit, which, as of July 1, comprised 803 managed pubs and 549 leasehold outlets, will retain around 800 managed outlets, along with a further 150 outlets that will be converted from leased to managed.
The company has previously stated that the remaining 400 leasehold pubs in the Spirit division will be sold off in the “next few years”.
Ian Dyson (pictured top left) will take on the role of chief executive of Spirit with Walker Boyd as chairman.
Punch has said its 50% stake in wholesaler Matthew Clark will not be affected by the forthcoming split.
Dyson said the demerger aims to position Punch as one of the UK’s “highest quality and most trusted” leasehold operators, while Spirit is poised to “exploit the growing eating-out market”.
“We are pleased to announce the formal intention to demerge Spirit,” he said.
“This will create the foundation for both Spirit and Punch to execute their plans to deliver long-term sustainable value for all our stakeholders and builds on the significant progress that both businesses have made over the last year.”