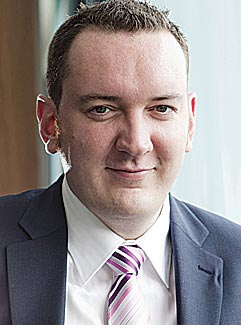 A SUCCESSFUL appeal by the operators of a Glasgow lap dancing club against the board’s decision to refuse its licence application may lead to a “dramatic erosion” of licensing board powers.
Solicitor Stephen McGowan said the Court of Session decision to refer the application back to the board for reconsideration has major implications in terms of matters boards can seek to control and the conditions they can attach to a licence which are not “expressly linked” to the sale of alcohol.
The former Spearmint Rhino club, which now trades as Platinum Lace, in Drury Street had its premises licence application refused in May 2009. The board cited “several breaches of its [adult entertainment] code of practice over a very short period of time”, including inappropriate behaviour by dancers in the club and the distribution of flyers considered in breach of the code.
Club operator Brightcrew Ltd appealed the decision but the sheriff upheld the board’s decision, prompting Brightcrew to challenge the ruling.
At the Court of Session in Edinburgh last week, lawyers for Brightcrew Ltd argued that the 2005 Act licensing objectives, such as protecting and improving public health, “did not give a licensing board, properly exercising its function under the 2005 Act, power to lay down conditions, however desirable those conditions might be seen, which are not linked to the selling of alcohol”.
Lawyers for the board referred to the earlier sheriff’s ruling, stating that the Act is “not merely about regulating the sale of alcohol.
“It is, additionally, designed to make provision for regulating licensed premises and other premises on which alcohol is sold”, the board argued.
However, Lord Eassie referred the licence application back to the board.
McGowan, of Lindsays solicitors, said the decision could have far-reaching implications for licensing law. “If the decision stands, it will require licensing boards to rethink their approach to the licensing objectives entirely,” he said.
McGowan explained boards could be forced to review their policy statements to ensure the control of the sale of alcohol is given primacy, and not seek to regulate matters “unconnected to the sale of alcohol” – even though they may take place on licensed premises.
A spokeswoman for Glasgow licensing board said: “We are considering the terms of the decision.”
No one from Brightcrew Ltd was available for comment when contacted by SLTN.