Two-thirds of food sent to landfill could be recycled, report finds 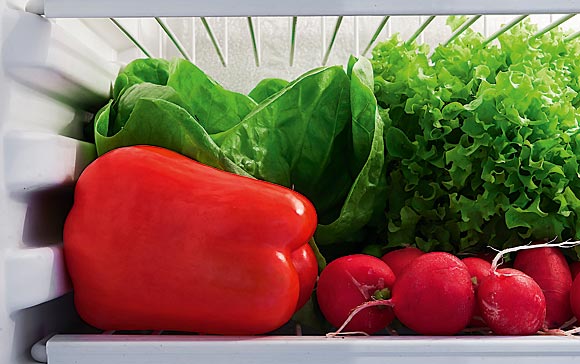 THE Scottish hospitality industry stands to save as much £64m a year by reducing food waste.

The claim, included in a report by government organisation Zero Waste Scotland, estimates that 77% of the 130,000 tonnes of waste Scottish hospitality businesses send to landfill every year can be recycled.
Weighing in at 53,000 tones, food waste is said to account for the largest share of this figure (41%), with glass accounting for 14%, paper for 13% and card for 9%.
The report suggests around two-thirds of this food waste could have been eaten, stating that if hospitality businesses made an effort to prevent avoidable food waste and recycle unavoidable waste then Scotland could cut the equivalent of 150,000 tonnes of CO2 emissions.
This would have the same impact as taking 50,000 cars off the road for a year, the report claimed.
Describing the figures as “staggering”, Scottish environment secretary Richard Lochhead said the Scottish Government is committed to reducing waste.
“Harnessing the energy and resource potential of food waste, which can be made into clean energy and fertiliser, is a core aim of our zero waste agenda,” he said.
Lochhead said the Scottish Government has already dedicated £6m to funding ‘anaerobic digestion’ facilities – which convert food waste into energy – around the country and has pledged a further £4m to support the collection of food waste.
Zero Waste Scotland director Iain Gulland said the report highlighted an opportunity for Scottish hospitality businesses to “cash in on cost savings”.
“Many businesses in the hospitality sector are already working hard to increase recycling rates, and Scotland’s commitment to becoming a ‘green tourism’ destination will hopefully motivate more businesses in the sector to embrace zero waste,” he said.
“However the amount of waste going to landfill which could be recycled still remains an issue in this sector.
He added: “Recycling unavoidable food waste holds dual benefits.
“Not only could it help firms reduce landfill disposal costs, it also prevents greenhouse gas emissions given off as the material breaks down.
“Sending food waste to anaerobic digestion (AD) instead allows that gas to be used for renewable energy and we are seeing real growth in AD infrastructure at present.”
Zero Waste Scotland claims that several hospitality businesses around the country have already managed to save money through recycling and adopting ‘greener’ business practices.
These include Glasgow Indian restaurant Mr Singh’s, which is said to have saved £4000 a year by cutting its energy costs, recycling more and reducing the amount of waste it sends to landfill.

The amount of waste going to landfill is still an issue for the sector.

The restaurant decided to review its running costs in 2008 and began looking at areas that it could make savings. It now has waste collected by specialist contractors for recycling instead of sending it all to landfill and subsequently claims to be saving £600 a year on waste disposal costs.
This figure rises to £4000 when combined with savings in energy and water bills.
To find out more about waste reduction and recycling visit www.zerowastescotland.org.uk/businesssupport.